Due out in 2012 from Activision is the latest Transformers game. It’ll be available on the PS3 and Xbox 360 and looks better than the last film. It may even be all robot action – after all, it is called Fall of Cybertron.

The game is being put together by High Moon Studios and they want to show the darker side on the conflict. We’re expecting to see Optimus Prime, Bumblebee, Grimlock, Ironhide, Jazz, Megatron, Vortex, Soundwave, Shockwave, Starscream, Cliffjumper, Blast Off, Brawl and Swindle. How many can you spot in the cinematic trailer below?

time to read: <1 min
Console Is there a touch of Dune in Mass Effect 3: Against… 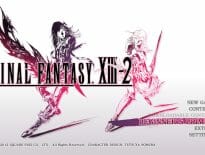 Console Pictures mark the Japanese release of Final Fantas…
wpDiscuzComment Author Info
Manage Cookie Consent
This site uses cookies 🍪, and links are ads that may earn bloggers some money 💰, and with this alert, I very much hope that these dark truths 🧌 are acknowledged.
Manage options Manage services Manage vendors Read more about these purposes
Preferences
{title} {title} {title}