Evidence is shaping up to support rumours of Square Enix’s new RPG. Square Enix are the team behind both Final Fantasy and Deus Ex.

We know that Ryutaro Ichimura will be heading up the development of the Unreal Engine 3 powered RPG and that’ll be action based. The game will be made for the Western audience. Ichimura co-produced the Nintendo DS Dragon Quest IX RPG which didn’t do that well outside of Japan.

“I think Japanese studios have a tendency to make these ‘good enough’ imitation backdrops when they’re making a game set outside of Japan,” he said. “We’re working closely with our overseas staff to keep this game from winding up that way.

“We’re not trying to push what we want to do on others – our approach is to gauge what gamers want right now and take that one step forward. That’s why I’ve been travelling around the world for the past two years to fully investigate our potential userbase.

“If anything seems off to the gamers in terms of art style or the test gameplay, we write detailed reports and rework the problem area. Now we’re finally at the point where the foundational research and technology is pretty well set in stone. It’s a new experience for me, but this trial-and-error approach is what I’ve set out to do from the start.” 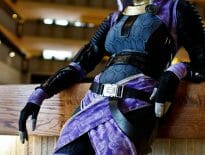 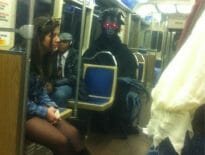