You are here: Home / Geek Stuff / Are you an RPG gamer? Do not travel on the subway

It’s not safe to travel on the subway if you’re a gamer. A gamer can take their seat and then cast their gaze down the carriage. As the gamer’s perception is greater than the average person, their imagination greater and their closeness to the other dimension greater than than the mundane – the gamer will see things that other people do not.

For example – take a look at the picture below. See anything odd about it? Exactly, someone’s written “smile” on the roof. Odd. Very odd. 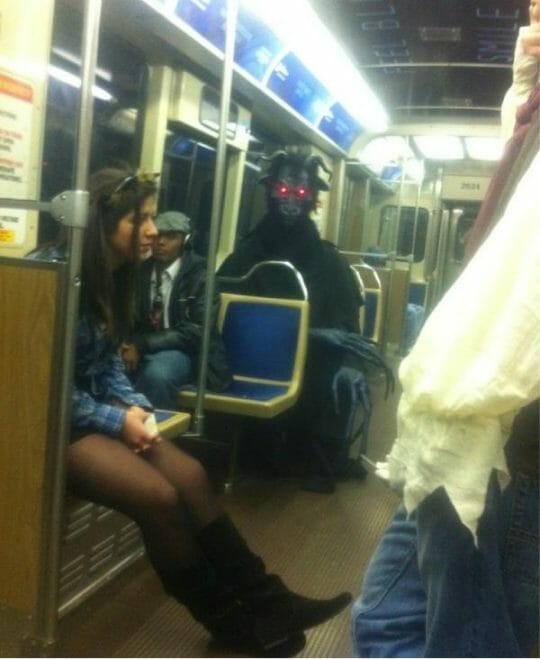 Are you an RPG gamer? Do not travel on the subway

time to read: <1 min
Console More details on Square Enix’s Unreal RPG
Geek Stuff Sony PlayStation pushing insanity
💰 Copper Coins 💰 Geek Native is an affiliate and may earn commission on purchases you make from third-party sites.
🍪 Privacy & Cookies 🍪 The site uses cookies to survive. By accessing the site, you agree to use your browser to control cookie use or take 1d4-3 privacy damage (tracking). If you defeat cookies via ad blocking, please consider the Patreon. An intro to cookies, and how to control them, can be found here. I Manage Cookies