In Sutton, United Kingdom, are a pair of geeky women with style, ability and a thing for cakes. They’re known as Heartache Cakes; one bakes, the other decorates.

To sample their cakey ways hit up their Facebook page for their gallery or for contact details. There’s plenty on display. This teaser set contains 7 weird cakes. Weird in that they’re heads of all shapes and sizes.

The Chamberlain from the Dark Crystal – also a butterscotch cake with added buttercream for perfection. 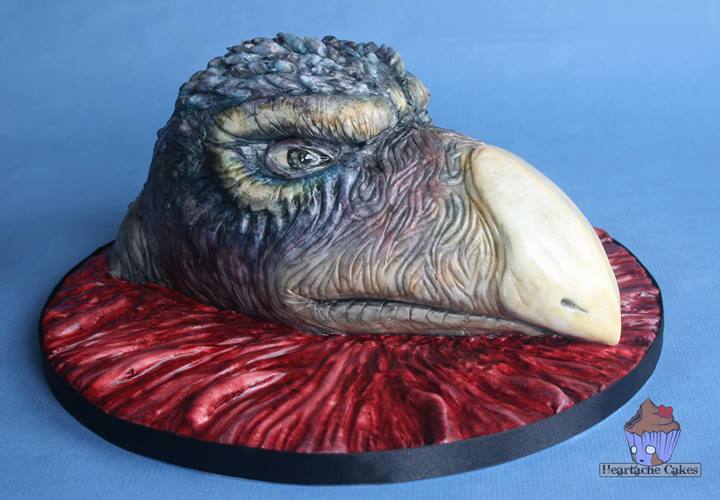 Not a cornetto but a cake, blue goo and all, that celebrates the rather fragile alien robots from the end of the world. Oh look! A cornetto. 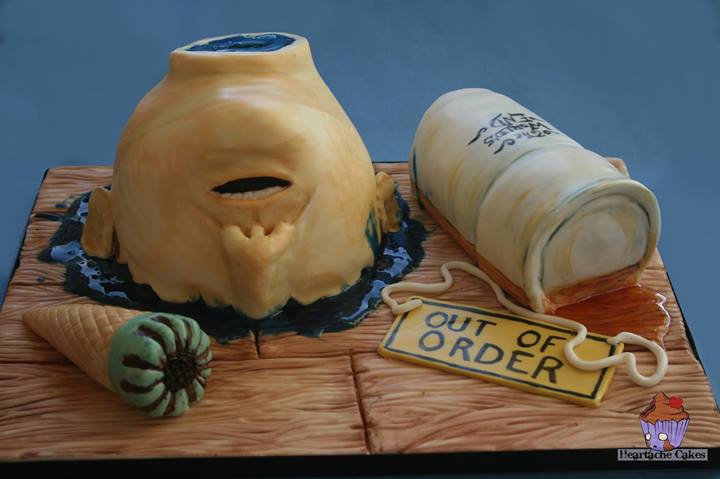 A safe and surprisingly tasty way to encounter the dreaded T-Rex. 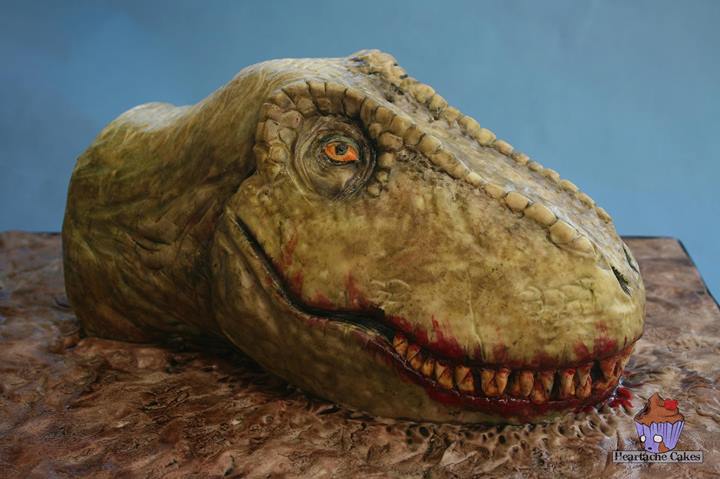 What do you do if you encounter a poor woman who has been bitten by Dracula? You eat her head. 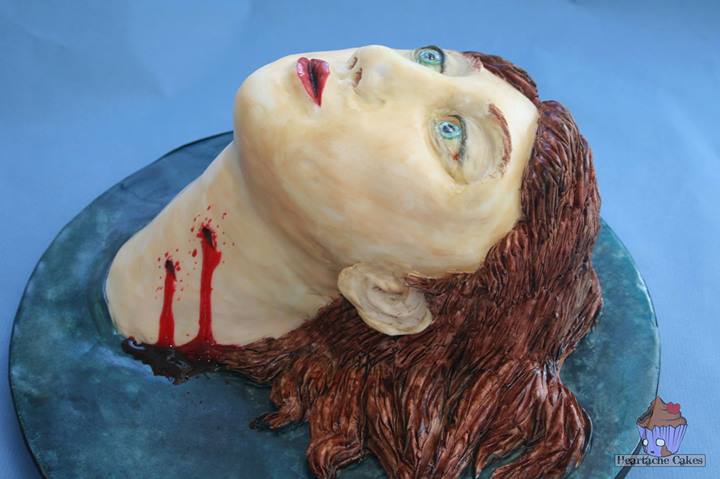 You’re in the Temple of Doom and they want you to eat monkey brains? Bad? Hopefully the monkey brains turn out to be cake. 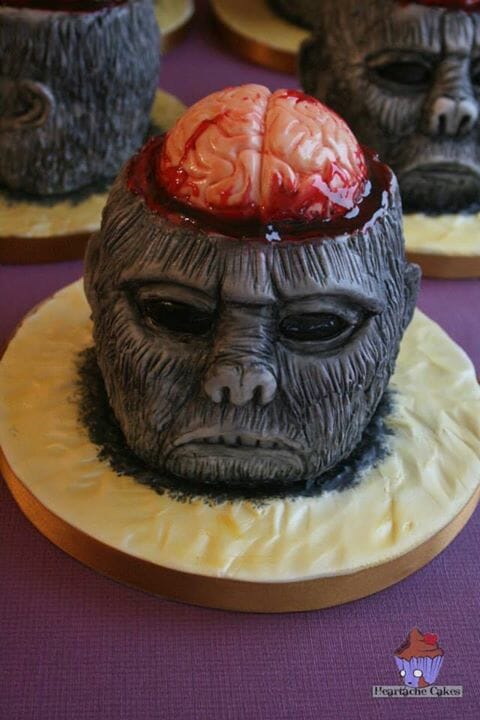 This uncharming fellow is in an album caleld “Feed The Beast: Eat Your Heart Out”. My tip? Eat him before he gets the chance. 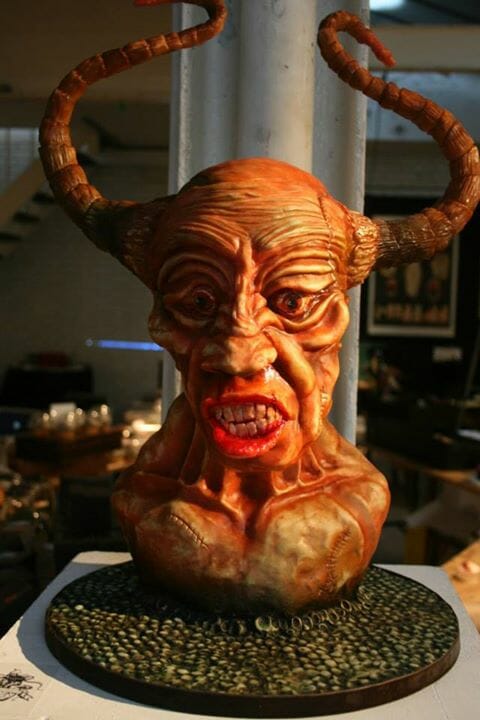 The thoughts of this cake are beyond our understanding. To look into the eyes of this cake is to surrender to the soulless sleep. 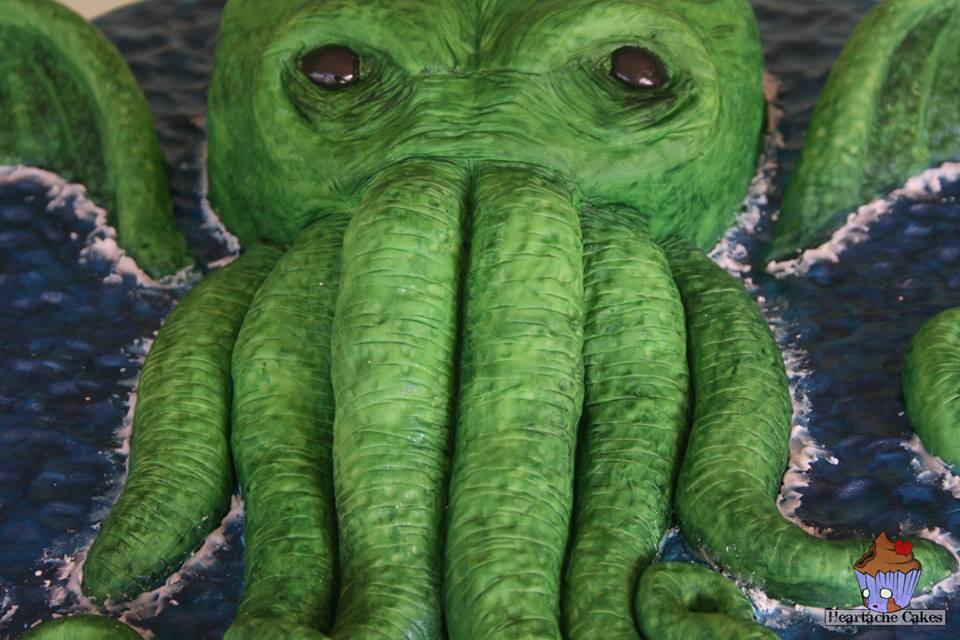 Art Awesome, arty and hand-crafted Game of Thrones fig…
💰 Copper Coins 💰 Geek Native is an affiliate and may earn commission on purchases you make from third-party sites.
🍪 Privacy & Cookies 🍪 The site uses cookies to survive. By accessing the site, you agree to use your browser to control cookie use or take 1d4-3 privacy damage (tracking). If you defeat cookies via ad blocking, please consider the Patreon. An intro to cookies, and how to control them, can be found here. I Manage Cookies