It feels like early days for Mass Effect 3 still – the game from BioWare isn’t due out until March 2012. I haven’t even seen any news on what the special edition contains – however, there is this video. I’ve stepped through the announcements – here’s what’s inside the the Mass Effect 3: N7 Collector’s Edition. 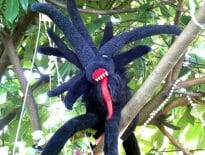