You are here: Home / Games / Console / Before Rabbids – the Rayman Origins

No question; the Rabbids were one of Wii’s most important successes. They had crazy, cute and fun party games that were easy to pick up, laugh at and either put down when the beer ran out or get obsessed by a play all night. That’s gaming perfection.

The Rabbids, though, are a spin-off. They came from the Rayman computer game series created by Michel Ancel at Ubisoft. In fact, the original Rayman came out in 1995. Yeah. 1995. Feel old?

The latest game is Rayman Origins. It’s available for a host of platforms; Wii, PlayStation 3, Xbox 360, Nintendo 3D3 and PlayStation Vita. Origins is kinda cool because it’s the first game to use UbiArt Framework, the in-house graphics engine, that allows artists to easily create content and then slap it into an interactive enviorment. Early reviews of the game are good.

Sounds like they’ve recruited Brian Blessed to be voice of the Rayman Origins ad. No doubt you’ll overhear at least some youngster ask “Who’s that crazy voice in the Rayman ads?”.

Before Rabbids – the Rayman Origins 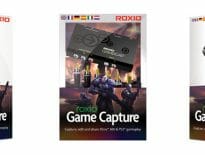