You are here: Home / Geek Stuff / The Iron Throne to come to Birmingham 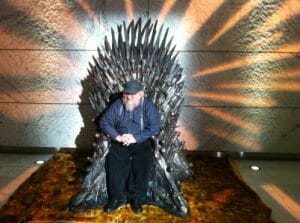 Several Game of Thrones stars will come to the NEC Birmingham for the Winter Memorabilia Show (19th to 20th November). They’ll be bringing the now-famous Iron Throne with them.

The event is expecting Finn Jones (Loras Tyrell), Roxanne McKee (Doreah), James Cosmo (Jeor Mormont), Miltos Yerolemou (Syrio Forel) and Spencer Wilding are expected on both days and will signing autographs – except Finn Jones who can only make it on Saturday. The 6’7″ Spencer Wilding plays on of the White Walkers and, of course, was The Creature in Doctor Who’s The God Complex this year.

The Winter Memorabilia Show is probably the biggest of its kind in the UK and stars from Bablyon 5, Life of Mars, Torchwood and Doctor Who are expected alongside actors from Life on Mars, Return of the Saint, Only Fools and Horses as well as The King’s Speech.

The Iron Throne to come to Birmingham 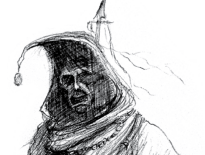 Tabletop & RPGs Join the Nights of the Crusades playtest 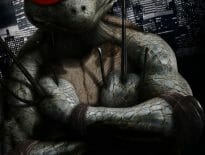