You are here: Home / Games / Tabletop & RPGs / Join the Nights of the Crusades playtest 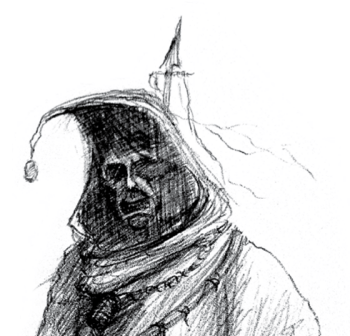 Nights of the Crusades is a fully fledged RPG and you can download the beta version right now if you’re kind enough to get involved in some playtesting or crowd sourced wisdom. Feedback can go to a number of places; Nights of the Crusades’ forums, their Facebook page and I’ll let the team know about any insights shared in Geek Native’s comments section below.

I’m told Nights of the Crusades has taken several years to come together and this is the pre-release before the official, proper, publication.

Here’s a quick intro to the game.

Nights of the Crusades is a roleplaying game set in a land and time that is familiar on the surface, but within its cracks lie tales of sorcery, madness and violence. It is a world that could have happened and then been lost to barbarity and time. Players take on characters that can explore the places involved in the Crusades, from Egypt, through to Damascus and Jerusalem. The Tale-Weaver is their guide, allowing them to unearth the horrors of war and fanaticism as they pursue their goals. As the main characters come across storytellers in their travels, they will take part in a new story within the story of their main narrative. Magic, djinn and foul beasts lurk within the minds of the storytellers, yet many secrets and shards of knowledge can be found within these tales.

And the real world is not free from horror. The land is rife with dark cults, creatures that dwell in unseen places and bloodthirsty warriors. This is a time when anyone’s thoughts, from king to slave, are enough to condemn them to death and hell, and many are they that will line up to cheer the execution. Nights of the Crusades is a mixture of the Arabian Nights, the history surrounding the Crusades and both modern and ancient tales of terror.

The rules hope to reflect mature and gritty issues that are not catered to in many popular RPGs, such as the psychological impacts of combat and killing. The gameplay also allows for tension in every form of conflict, whether verbal or physical. A group of companions made up of an artist, diplomat and physician will be as enjoyable to play as one made up of a warrior, archer and thief.

The PDF is about 100 pages, including pictures, so weighs in at about 25MB. That shouldn’t be a challenge for most broadband loving geeks!

Join the Nights of the Crusades playtest

Geek Stuff The Iron Throne to come to Birmingham
💰 Copper Coins 💰 Geek Native is an affiliate and may earn commission on purchases you make from third-party sites.
🍪 Privacy & Cookies 🍪 The site uses cookies to survive. By accessing the site, you agree to use your browser to control cookie use or take 1d4-3 privacy damage (tracking). If you defeat cookies via ad blocking, please consider the Patreon. An intro to cookies, and how to control them, can be found here. I Manage Cookies