I liked Berserk. Let me put that in context – I watched it on YouTube back in the day you could easily find anime on the video site. I was single. I had a tiny flat, in an ancient building at the foot of a extinct volcano in the Scottish capital. It was freezing. An evil tree would bash against the tiny window whenever the wind blew and the winter I watched Berserk was a stormy one.

I watched Berserk huddled over my little laptop with cans of cheap booze to keep me company. I didn’t just like Berserk; it kept my attention on the screen and away from everthing else. That series of Berserk doesn’t end. Shit hits the fan in a huge way and then the budget stops. It was both an awesome and a dreadful way for a series to conclude.

Needless to say I’m watching the progress of the feature length Berserk Golden Age arc with interest. Will Egg of the Supreme Ruler be any good? Here’s the latest trailer! 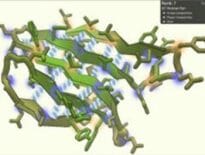 Geek Stuff Is big money science behind Can You Crack It?
Cool Tech Star Wars Ultimate Force Tech Lightsaber to slay C…
💰 Copper Coins 💰 Geek Native is an affiliate and may earn commission on purchases you make from third-party sites.
🍪 Privacy & Cookies 🍪 The site uses cookies to survive. By accessing the site, you agree to use your browser to control cookie use or take 1d4-3 privacy damage (tracking). If you defeat cookies via ad blocking, please consider the Patreon. An intro to cookies, and how to control them, can be found here. I Manage Cookies