You are here: Home / Geek Stuff / Is big money science behind Can You Crack It?

Gamers are pretty intelligent people. Well, okay, some gamers are. I’m not. I was simply amazed when I read Foldit players took three weeks to solve a retrovirus protein challenge that scientists had struggled with over over ten years.

The result? Scientists are now better able to understand some viruses – including HIV. That’s a force for good. As You Bent My Wookie quoted;

“The protein, called a protease, plays a critical role in how some viruses, including HIV, multiply. Intensive research has been underway to find AIDS drugs that can deactivate proteases, but scientists were hampered by their inability to crack the enzyme’s structure.” 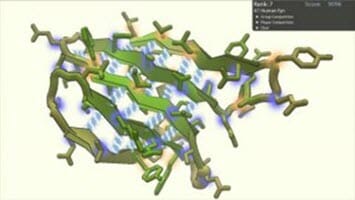 So, is Foldit the only challenge of its kind? Perhaps – but perhaps not. There’s the webiste called Can You Crack It? that seems to be inviting a “have a go if you’re smart enough” but does not seem to bother with any sort of branding or bragging. It’s clearly some sort of cyber code challenge but I’m not sure which type of gamers they’re after.

I’m reminded of Stargate Universe and how David Blue’s character, Eli, ended up on the Desinty. He solved a puzzle in a computer game.

Is big money science behind Can You Crack It?