You are here: Home / Games / Tabletop & RPGs / A first play of The One Ring 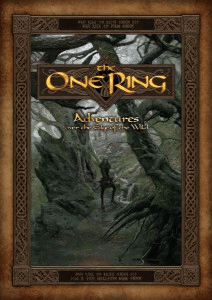 Michael McCabe, Mike, reached out to Geek Native through his influential web of contacts with an offer we could not refuse. The deal? He was about to play the brand new The One Ring RPG and was prepared to give us his gameplay impressions. Thanks Mike!

Last week, a friend and fellow roleplayer received his pre-ordered copy of The One Ring RPG. As I write this, he is almost certainly caressing the boxed set lovingly, his visage one of blissful contentment. It is, indeed, an alarmingly beautiful set of books and game materials: certainly the best presented collection of soft-cover rulebooks I have yet encountered. While perusing his copy of the players’ rulebook, I found myself agreeing to play in an introductory session a mere two days later. I think the moment I saw ‘Smoking’ as a specialty skill pushed me into the commitment.

In the meantime, I considered the type of character I’d want to play: I flipped through my collection of Tolkien-related books and tried to divine some inspiration online. Finding Andrew’s article (which summarises a lot of the appeal I found in the game material) inspired me to contact him through means arcane and mysterious: perhaps he’d want to hear my initial impressions from playing this new system. He kindly offered the space to convey them on his blog.

So. Here they are.

First, the standard RP disclaimer: Your Playing Experience May Vary. This is in the nature of the hobby. The style of your playing group will always have a greater effect on your game than any game mechanic. What follows is a summary of The One Ring being played under what I would consider near-optimal conditions.

One of these factors was the person running the game. His Smeagol-like desire to own this game was based on a deep love and respect for Professor Tolkien’s works: he has more emotional investment in Middle Earth than most people I know and, because of this, I felt confident in his ability to convey Tolkien’s world to a group of players.

For everyone gathered, the character creation process was both straightforward and interesting. Like in many good systems, it helps to have a character concept in mind beforehand; you can then tailor your choices of traits and skills to fit this idea. We had soon formed a Fellowship: an inquisitive elven scholar, a fair (and slightly naive) woodswoman, a dwarven treasure-hunter in search of vengeance, a feisty and adventurous hobbit and (my own character) the Beorning troll slayer, Hjalmar.

I quickly noticed the mechanics in place that encourage group roleplaying. During travel, different players are assigned roles based on aptitudes: guides, scouts, huntsmen and look-outs. Each player also selects a “Fellowship Focus” for their character: this focus is another member the group that is admired, cared for or idolised by your character. When you help them, you get bonuses. When they get seriously hurt, you fall into despair.

‘Traits’ have an especially interesting mechanic: they reward players for accurately and proficiently roleplaying their characters. In fact, they can become a central method for advancing your character’s skills, as well as succeeding in challenges. We’re all familiar with the tacked-on mentions of “Give an extra Exp. Point to players who roleplay well” and “give a bonus for good descriptions of actions” within other RPG systems. In The One Ring, this oft-neglected sentiment is at the core of gameplay: players who remember to act according to chosen character traits (single-word descriptors, like ‘Gruff’ or ‘Just’) may find it unnecessary to roll dice in certain situations.

While on the topic, the dice-rolling system is simple. You roll a number of dice based on skill level and hope that the total exceeds a target number. The mechanics for automatic successes, exceptional results and catastrophic failures are reflected on the custom dice that accompany the books. You soon learn to dread the Eye of Sauron glyph showing up in your rolls. I can testify to this, personally.

One such monocular roll (by myself) resulted in the combat encounter for the session: an attack by a stone troll while boating through a swamp. In many games, the start of combat causes a deceleration of the story’s pace; this was not the case in One Ring, thankfully. The combat system is straightforward, allowing more time to be spent on descriptive flourish than dice-rolling and calculation. The danger level sets the perfect balance of tone: heroic feats can occur during battle but there is always the feeling of potential disaster.

Rules system aside, the game was great fun. The setting, as expertly portrayed by our Loremaster, was both familiar and exciting. Hesitations due to rule-checking were rare and brief. NPCs were distinct, realistic and at home in their setting. Every player had the chance to shine through their character. Again, so much of this depends on the balance of the group; yet the excitement felt about the source material, the chance for character development and the creation of a saga is all encouraged by the game’s design.

I feel I’ve barely scratched the surface of what makes The One Ring RPG such an evocative and enjoyable game. Of course, we’ve only played one session and certain game effects (‘Shadow’, the Fellowship Phase of play) have yet to have a proper impact on our group. Few first-time games with a brand-new system go this smoothly, however, and the hours we spent travelling in Middle Earth were well spent.

A first play of The One Ring 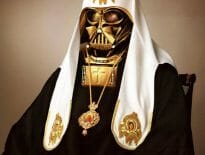