I’ve had an Apple Mac and and iPhone. I’ve had a Windows Mobile phone and I still have an iPod Touch. I don’t regret the iPod Touch; it’s a great device but I do worry about my music being locked away. I’m holding out and not buying an iPad 2. I’m waiting for a good Android tab.

My phone is an HTC Sensation. It replaces my HTC Desire and the only brand that came close to defeating HTC in that choice was Samsung with their Galaxy range. I worried about some of the foibles of the phone but those
concerns seem to fade when it comes to the Galaxy Tab. I’m more confident it’ll be a rounded device with less risk of Samsung proprietary stuff.

I’ve a touch screen Acer Aspire a laptop. It’s small. It’s powerful. It converts into a tab. However, if I do pick up an Samsung Galaxy Tab I’ve a crystal clear idea what I’ll use it for. It’ll be a media machine. I’ll use it to play with photos. I’ll use it to blog from bed.

I can’t claim to have the photography skills of the “blogfather” but this Samsung video spoke to me.

I suppose Sony’s S and P are possible rivals to the Galaxy Tab. The problems are, however, that 3G versions of either device are not yet even open for pre-order. Although the P lured me in to begin with, I’m worried about the big black fold across the screen. With the S I’m worried about it’s odd shape. Compare the teardrop of the S to the thinness of the Samsung Galaxy. The Galaxy is certainy attractive.

Dreams are turning to temptation.

Go with your gut on this one Andrew, get the Galaxy Tab. I have a HTC Desire and am pretty much a power user of it – I use it for work and play in equal measure and I like to quickly flick between apps and get info at a glance from widgets. can’t do that on the iPad.

Much as I love my shiny new iPad 2, after 3 days I’m kinda regretting not going for the Galaxy Tab. Here, read this. You may know this site from somewhere….http://nerdinsider.com/2011/09/26/android-to-ios-i-made-the-switch/

Dreaming about the Samsung Galaxy Tab 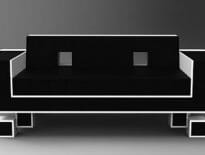 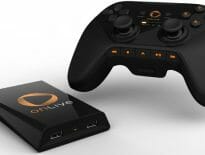