Mobile phones are important to the geeks of Geek Native so when the opportunity to play around with one of the Sony Ericsson X10 minis popped up, we had to say yes. Our resident expert in Sony Ericsson tech is the Rainbow One who’s been with them since K510i and has designed personal themes, icon sets and wallpapers for her Sony Ericsson’s since. It’s through the Rainbow One’s expert field testing that we get this X10 mini review.

Not that long ago the Rainbow and I had an X10 versus X10 mini debate. In the end we went with the X10 because – and here’s the catch – we thought the camera would be better. The Rainbow One uses her phone often as a camera and it was a big purchasing decision. Now, as it happens, after playing around with the X10 mini there’s a strong argument to say that its camera is actually better – it’s smarter with the light. There are less megapixels, sure, but the photos seem to be sharper.

First impressions of the X10 mini

Three keywords for the first impressions of the X10 mini are: tiny, fiddly and cute. 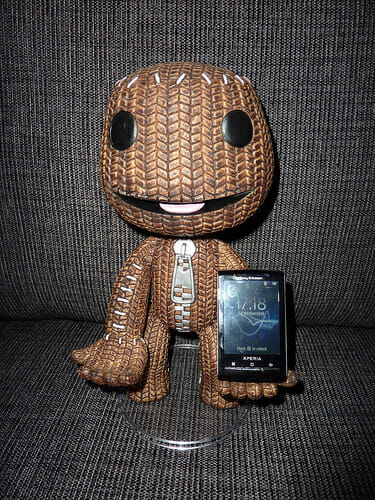 At the end of our two weeks with the phone; it was still tiny and cute but we’d mastered some of the fiddles.

Size is important. You see, a phone needs to be big enough to use but not so large that it becomes a palm top. When I had my iPhone lifted from my pocket in the Tube in London, one of the problems was the size of the phone. I had it wrapped up in a case that included an extra battery attachment. Being able to put your phone in your pocket – and not your back pocket – is important. You can certainly do it with the X10 mini.

The question is; is it too small? Not really. It’s small enough to be fiddly but not so small that you can’t use it. The X10 mini makes good use of an easy to access menu. One swipe gets you access to a four panel menu and from there you’ll be able to access the commonly used features of the phone. These are, of course, Android features and so we’re talking about apps you can install yourself. It’s entirely possible to use the X10 mini with Gmail, Foursquare, GetGlue, Seesmic and all the rest.

The main screen is a single panel with four icons in the corner for even quicker access. Adding an Android widget creates an extra panel. This does feel like a size compromise but it does work. The main concern in this approach is the ease of use of adding your own icons to these screens. Frankly, you’re better off restricting your tinkering to the menus.

The other very good news about the screen is that it’s nice and responsive. It’s crystal clear too. Passing the phone around between geeks didn’t automatically grease up the screen as can happen with other phones (my old X1 quickly picked up a border of grease and dirt around the screen and the lip that was truly awful).

Day to day with the X10 mini

It’s very easy to access the X10 mini. In fact, it’s a bit too simple. The locking system (which is a swerved swipe on the X10) is just a button press on the X10 mini. Given that the phone’s designed to go in pockets or in handbags this can be an issue.

The battery held up fairly well under our tests. I know there are mixed reviews of the battery out there on the web but it really depends on what you use the phone for. Let’s call our day to day tests as “medium to heavy” usage but optimised by people who know what they’re doing. So the phone was left to keep an eye on email but it wasn’t asked to keep frequent checks on very busy Twitter and Facebook accounts. That was dialled back.

The main concern about the battery is that the battery itself is tucked deeply into the guts of the phone. Given that replacing the battery is often a smart way to rescue an otherwise dying phone, this layer of faff around the X10 mini’s battery is a concern.

What about that camera? It does seem very good. Head to head with the X10 it does seem to produce clearer and sharper images. Zooming in on a photo reveals the strength of the X10 mini’s screen and just how sharp the photo is. Perhaps a key ingredient to the X10 mini’s strength is the speed and ease at which it takes the photo. It’s faster to take the snap than my HTC Desire as well. Surprisingly, easy but good quality photographs are a strength of the phone. 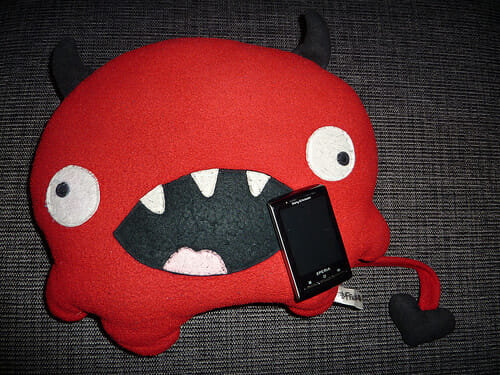 The fact that it only runs Android 1.6 and Sony Ericsson is yet to excel at keeping up with the Android OS is a concern. However, given the size of the X10 mini it at least seems to make sense why Sony Ericsson’s UI tinkers are necessary and that is a great comfort.

The Sony Ericsson X10 mini would best suit people moving into the smartphone arena for the first time as well as people who simply need a small phone. It’s not too small.

Disclaimer: The X10 mini used in this review was provided, on loan, for the purposes of getting a review. It was understood that we’d mock the phone horribly in the review if it deserved it. 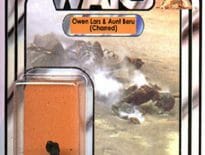