Mongoose Publishing have a new game on the way. It’ll be a solo boardgame and called Dark Eon Assassin: Tyrant of Acheron.

A solo boardgame is an interesting idea. Something to do while you’re waiting for gamers to arrive or when you can’t sleep at night.

In the game you’re a genetically bred assassin – if the comic is to go by; you’re a curvy femme fatale. You have to avoid traps and guards and rid the universe of one nasty tryant. The comic is free from Mongoose (via the link above or below) and is designed to introduce the world, characters and some of the concepts to Mongoose’s fan base. It’s pretty good. I’m sure it’ll help to sell more than a few copies of the game. 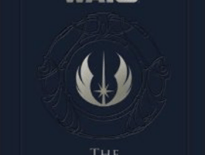 Books Star Wars: The Jedi Path review
wpDiscuzComment Author Info
Manage Cookie Consent
This site uses cookies 🍪, and links are ads that may earn bloggers some money 💰, and with this alert, I very much hope that these dark truths 🧌 are acknowledged.
Manage options Manage services Manage vendors Read more about these purposes
Preferences
{title} {title} {title}