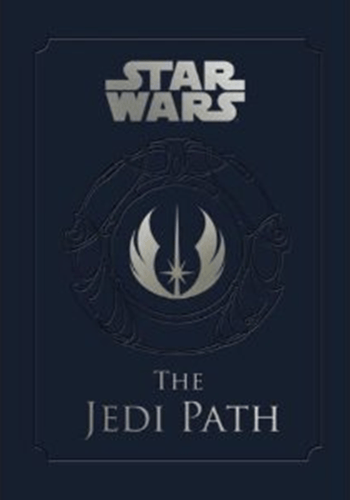 The Jedi Path: A Manual for Students of the Force feels more like a prop than a book. It’s a wonder to hold and if you find yourself in an old fashioned bookshop with remarkably good taste then you simply have to pick this manual up and hold it.

The edges of the pages are rough and uneven. Just a little, not enough to feel weird but enough to give the suggestion that you’re holding a collection of captured pages that have been put together to make a book. That’s exactly the suspension of disbelief that author Daniel Wallace and publisher Titan Books want. The contents of the manual are supposed to be text from the end of the New Sith Wars in 1000 BBY (Before the Battle of Yavin) that was found during a salvaging mission. Copies of the manual were made and handed from Jedi to their Padawan. This copy? This was Yoda’s copy, who gave it to Thame Cerulian, who gave it to Dooku, who gave it to Qui-Gon Jinn and so forth all the way down to Ahsoka Tano and Luke Skywalker. Oddly, Darth Sidious seems to have knicked it at one point…

The Jedis and Padawans who have had this “manual” are important because they’ve all written in the margin and added their insights. Even Yoda! Frankly, I found these asides to be the absolute highlight of the manual.

For example, in a section in the advanced cultures and politics in the Republic there is a section on Squibs. The official manual uses the phrase “Though they have a reputation as thieves, Squibs are…” and it has been underlined by Kenobi. He notes; “They are thieves! Why master Qui-Gon things it’s okay to let them protect my focusing crystal I can’t imagine.” There’s a second aside too, Ahsoka notes; “They’re battlefield scavengers too – good source of data on SEP movements.” 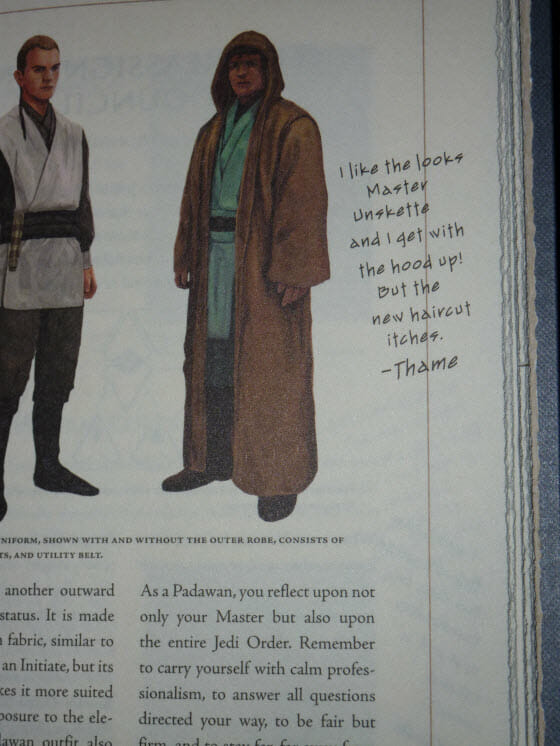 There are three full pages of scored out writing with a note from Luke speculating whether the section was destroyed in order to try and suppress the prophecy.

If some of this is beginning to sound a little like the background work for an RPG then that may well be because Daniel Wallace has worked on several sourcebooks for the Star Wars Roleplaying Game. It may also remind you of “The Book of Not: The Book of Malkav” created by early Vampire:tM players that was also supposed to be fragments of wisdom from multiple authors, collected together and then copied for distribution among the clan.

The Jedi Path is a book in four parts; Introduction to the Jedi Order, Jedi Initiate, Padawan and finally Jedi Knight. The chapters range from the initiate trails, through to information on the knighting ceremony and the history with the Sith.

A book like The Jedi Path will be bought by Star Wars fans, it’s not really an idle purchase – though it’ll be a fantastic gift – and so each fan will have their own favourite area. In my case I was less interested in the lightsaber technique and form discussions and much more interested the exploration of the galaxy and mythos.

Sometimes it’s true that a sign of a good book is the time it takes you to read it. I happily flicked through The Jedi Path in one evening, skimming at first, dipping in to read parts before going back to fill in the gaps. It was an easy way to pass the time. I enjoyed this one. 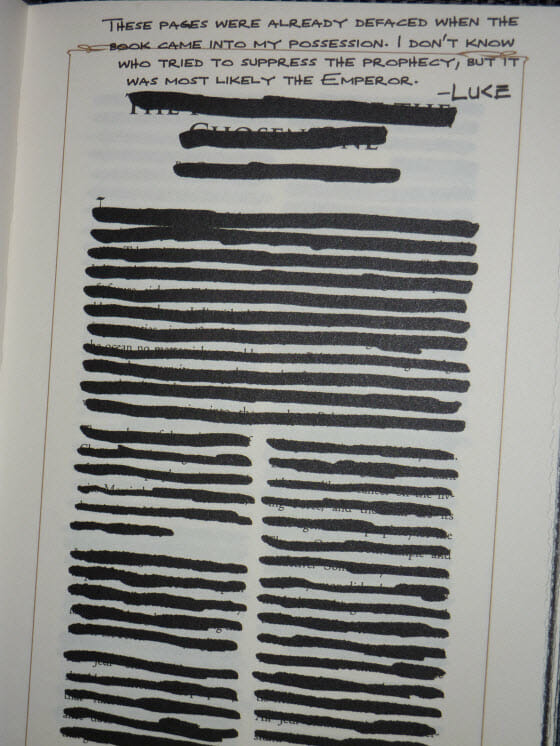 Disclaimer: My copy of The Jedi Path was provided by the publisher Titan Books. 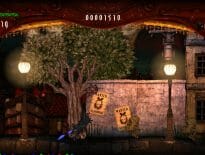