In the spirit of “It’s not an RPG – its a non-linear fantasy adventure” comes Dragons Dogma from Capcom. To be fair to Capcom, this is a fighting game, it’s a romp across an open world and pulls on the MT Framework engine. That’s the beast behind the lighting effects and graphics of Resident Evil 5 and Lost Planet 2.

The creators of the game are some of the team behind Resident Ebil 4 and Devil May Cry 4. We’re promised highly stylised combat with epic adventure.

In a feature that may well appeal to some gamers we’re told that the game will bring new levels of depths to the action. For example, without getting dull on the crunch or the micro-management your choice of armour, the fit, the length of the legs, the weight along with some clear cut choices like the weight of your weapon will impact your combat style.

The game is due out for the Xbox 360 and PlayStation 3. 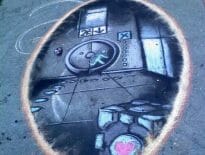