You are here: Home / Movies / Must happen? Isaiah Mustafa as Luke Cage

Power Man is a black superhero who first appeared in comicbook form back in 1972. He’s now better known as Luke Cage.

The backstory is … well, what you might expect from a 1970s effort involving a black superhero. He was sent to jail for a crime he was not responsible for. However, in return for parole he agreed to be subject to some dodgy experiments. The goal was to make him immune to illness – instead he developed steel hard skin and super muscles. He escaped and became a detective-meets-merc for hire; except he often worked for free. He worked alongside Iron Fist for a long while.

Ever since Isaiah Mustafa rocked the internet in the Old Spice viral vids many fans have been calling out for him to play Luke Cage in a movie. The timing isn’t awful because Cage has had some affiliation with The Avengers (and the New Avengers too).

I’m not sure where this has come from – but check this out;

That’s more than a fan made vid. That’s Isaiah Mustafa as Luke Cage. A teaser? A proof of concept? A vid done for a convention?

Actually, Marvel’s already cast Isaiah as Luke Cage back in 2010 when they produced a spoof “The Hero Your Hero Could Smell Like” video with him. 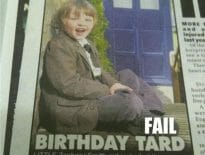