Toyota have called in the virtual popstar from Japan, anime’s very own real-life icon, Hatsune Miku to help sell the Toyota Corolla.

The response from fans has been mixed. Let’s kick off by looking at the main video. The tagline is “big dreams in a compact package” or something like that. What do you think?

I guess so. The grumbles about the use of Hatsune Miku stem from her appearance on the Toyota Corolla microsite. The artwork begins to feel more American than Japanese in style. Miku looks rather, well, um… masculine. 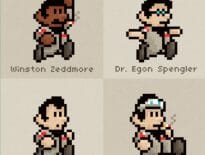