You are here: Home / TV / A Game of Thrones on Sky Atlantic review

If you’ve been holding off subscribing to Sky then A Game of Thrones might be that one show that changes your mind. Alternatively, you could move to America for the next few months and watch it on HBO.

This review comes from the UK where Sky Atlantic currently has the exclusive run of a Game of Thrones. It comes via Sky’s deal with HBO that gives the satellite broadcaster full access to the American TV station’s catalogue. That’s why Virgin Media customers, and others, will miss out. It looks like Sky’s broadcast of Game of Thrones will be exactly that which HBO broadcasts, no tweaks, no cuts or anything like that. Since the series will be showing in the UK just a day after the US there’s very little time for geographically inspired edits anyway.

Thanks to Sky, Geek Native has been able to watch the first two episodes. Episode #1 is “Winter is Coming” and Episode #2 is “The Kingsroad” and I would estimate these two take us about 15% to 20% of the way into the book. I’m sensitive to spoilers so lets not describe exactly where we get to. I would judge that at this pace we’ll slow down to spend more time on certain scenes and dialogues later on.

There are changes to the book. I suspect there will be a cult or two of purists – and heck, I adore the perfection of the books – who will be aghast at this. However, I think it is important to accept that in order to successfully adapt a book to a TV series that some fairly big changes will need to be changed. Based on the first two episodes I feel relatively confident in that this is an adaptation that’ll work.

I’m not suggesting we compare the Dresden Files to a Game of Thrones but both wildly successful series have now been adapted for the TV. Watching the TV series for the Dresden Files I found myself second guessing the producers – “That’s not how I pictured Murphy”, “I can’t believe they’re portraying Ancient Mai in that way” or “I don’t think Waldo Butters would act like that”. Watching the first two episodes of a Game of Thrones, especially by “The Kingsroad”, I had no such reactions. Sean Bean is excellent as Eddard Stark – although you can almost hear him mentally trying to broadcast “I’m not Boromir, I’m not Boromir!” at times. I think Emilia Clarke as Daenerys is surprisingly impressive and that must have been a very tricky casting decision to make. Michelle Fairley is superb as Catelyn Stark and I was quickly impressed with Maisie Williams as Arya Stark.

There’s some good scenes for British actors and fans too. For example, in one scene we have Harry Lloyd being marvellous as Viserys Targaryen talking to Iain Glen as Ser Jorah Mormont. I’ll always think of Harry Lloyd as “Son of Mine” in the Doctor Who double The Family of Blood/Human Nature. Iain Glen, of course, was Father Octavian in the other Doctor Who double Flesh and Stone/The Time of Angels. In fact, inventing the “spot the Doctor Who actor game” might be a good thing to do for the rest of the series.

Another significant success in the Game of Thrones are the sets. Westeros was always going to be a complex world to recreate for the TV but the HBO team have certainly managed. Winterfell is, perhaps, a little smaller than I would have imagined but it feels right. The first episode begins, as do the books, with members of the Night’s Watch tracking wildlings north of the wall. The visual impact is more than any book, no matter how good, could achieve. The harsh black of the Night’s Watch cloaks against the relentless white of the snow is startling.

I watched these two episodes with my girlfriend. I mention this for a number of reasons; she’s not read the books and weirdly Ginia Bellafante of the New York Times has suggested that no woman alive would like a Game of Thrones (had it not been for the drama of all the complicated relationships). Our experience is that these concerns are unfounded. You don’t need to have read the books to keep track of the plot. You don’t need to be a Sex in the City refugee to enjoy the series either.

There you have it – this twin review of Winter is Coming and The Kingsroad is entirely positive. I really enjoyed both. I’m looking forward to the whole series becoming available on DVD so I can watch the rest of it.

One last thing. It’s suggested that this series cost HBO some $50 million to make. They’ll need to get their money back. The Syfy channel’s Blastr blog is reporting that HBO are so confident of the show’s success that they’re already working on season 2. Hooray!

A Game of Thrones on Sky Atlantic review 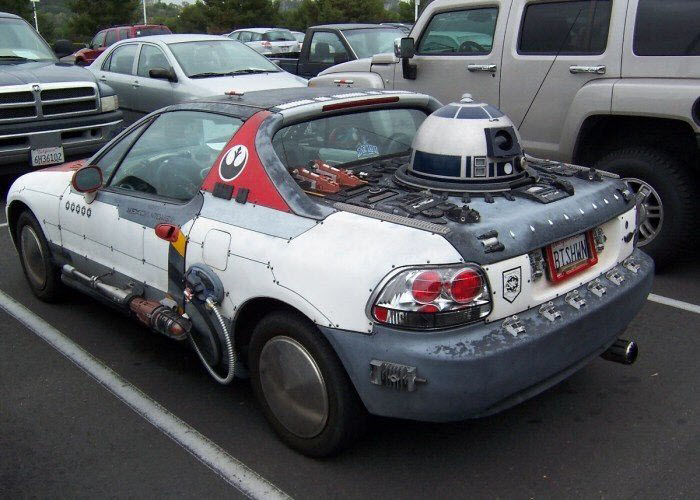 Cool Tech R2D2 controlled car
Cool Tech Augmented reality takes shopping to the next level…
💰 Copper Coins 💰 Geek Native is an affiliate and may earn commission on purchases you make from third-party sites.
🍪 Privacy & Cookies 🍪 The site uses cookies to survive. By accessing the site, you agree to use your browser to control cookie use or take 1d4-3 privacy damage (tracking). If you defeat cookies via ad blocking, please consider the Patreon. An intro to cookies, and how to control them, can be found here. I Manage Cookies