Over in the States there’s been a second trailer for Steven Spielberg’s Falling Skies series. It’s going to air on TNT so I’m hopeful it’ll make its way to the UK.

This a DreamWorks TV production and features the likes of Drey Roy, Maxim Knight and Moon Bloodgood. Isn’t that the best name ever?

I think the question is whether Spielberg can do a harsh post-invasion movie. He can certainly do scary and engaging but are we going to focus on the small victories in Falling Skies or the grim daily struggle? 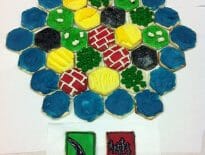