You are here: Home / TV / Will “The Beginning” be the end of Red Dwarf? 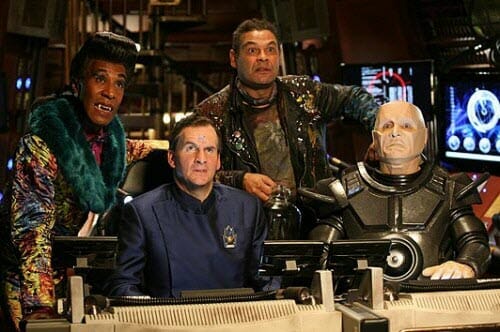 Back in 1988 the pilot episode, the very first episode, for Red Dwarf was called “The End”.

The episode list for Red Dwarf X has just been released and fans are wondering whether there’s something significant in the name of the last episode.

That’s right. The last episode in the series that very nearly didn’t happen is called “The Beginning”. Some fans suspect Red Dwarf is exactly the type of show to start with “The End” and finish with “The Beginning”.

Via Trent Moore at Blastr.

Yep, it could be… it’s probably one of those things that are best to end before it gets too tired. Looking forward to that.

Will “The Beginning” be the end of Red Dwarf?