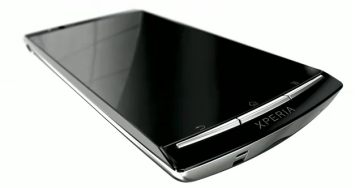 One of the phones announced yesterday was the latest Sony Ericsson Xperia. The Xperia arc follows on from the X10 and is another Android phone.

Sony Ericsson has not always been that good at releasing phones with the latest Android version. Combine that with quite a slow update frequency (the X10 still isn’t on 2.2) and some of us had begin to worry whether Sony Ericsson’s need to wrap Android in their own software was more pain than gain. Good news for the Xperia arc then – it comes with Android 2.3.

The Sony Ericsson fans I know all tend to place emphasis on the camera. You can tell that this is important in the arc too. It’s a 8.1 megapixel camera, with a flash/led, geo tagging and a smart zoom. They’ve increased the aperture of the lens to allow better pics taken in low light quality too. What’s particularly dramatic is the Exmor R set up. It really seems to be able to rescue pictures you would have otherwise have written off as “not for a mobile phone”. Check out the vid.

What also gets my attention is the use of the Bravia brand. Previously synonymous with TV sets Bravia is now being used to describe the phone’s display capabilities. It’s the “Mobile BRAVIA Engine”. After all, there’s no use in being able to take great pictures if they then look rubbish on the screen.

This is just the first smart phone Sony Ericsson has announced this year. We’re very much waiting for a PlayStation phone from them – something to help Sony and Google compete against Microsoft’s powerful ability to link Windows Phone 7 devices to Xbox Live.

Tabletop & RPGs Super-Powered by M&M license released by Gree…
💰 Copper Coins 💰 Geek Native is an affiliate and may earn commission on purchases you make from third-party sites.
🍪 Privacy & Cookies 🍪 The site uses cookies to survive. By accessing the site, you agree to use your browser to control cookie use or take 1d4-3 privacy damage (tracking). If you defeat cookies via ad blocking, please consider the Patreon. An intro to cookies, and how to control them, can be found here. I Manage Cookies