Dungeons & Dragons Daggerdale will be a multiplayer action-RPG for PSN, PC and Xbox Live. Atari have the honours.

There are three pages up at Atari for the game (here’s the Xbox one) and they’re all pretty similar in terms of spec.

We’ll get solo and co-op page, questing and multiple game modes. The game promises to have immersive combat and pick-up-and-play. It seems far more likely that we’ll get a Dungeon Siege style game rather than a Planescape: Torment.

Our heroes will battle to defeat Rezlus and Zhentarim and stop their conquest of the Dalelands. To do this the players will have unlock the secrets of the Mines of Tethyamar and Tower of the Void.

“Wizards of the Coast is excited to offer another great Dungeons & Dragons play experience,” said Liz Schuh, Brand Director at Wizards of the Coast. “This exhilarating game will be a thrill for both current fans of the brand and new players alike.”

“The Dungeons & Dragons franchise remains a priority for Atari as we continue to build upon the ever-evolving narrative with Dungeons & Dragons Daggerdale” says Jim Wilson, President and CEO of Atari, Inc. “As the first D&D cross-platform digital download title we look forward to expanding the franchise to a growing gaming audience.” 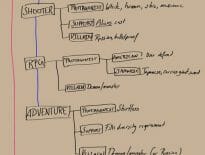 Games The Depiction of Women in Gaming 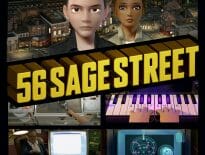