You are here: Home / Games / Tabletop & RPGs / The Fall of the Eldar: Dark Eldar video

In this video Games Workshoppers Adam Troke, Phil Kelly and Jes Goodwin discuss the forthcoming Dark Eldar release. They chat about the growth the Eldar empire, how the Eldar reached incredible heights, were able to terrform worlds and even esxtinguish suns. As the Eldar grew even more powerful so did they seek to experience new sensations and challenges. This drive became a pursuit of pleasure and experience… until they reached a tipping point.

The Dark Eldar are the Eldar who failed to turn back from the Fall. The actions of the Eldar had their own reactions in the Warp. The pockets the Dark Eldar come from in the webway were established by these pleasure-seekers before the Fall and have been built on and made use of since. At the birth of Slaanesh, when billions of souls died and the heart of the Eldar empire was shreaded, these Dark Eldars managed to use these webway areas to escape. However, the escape was inperfect and all the Dark Eldar are essentially cursed to have their souls slowly eaten away by the chaos of the Warp.

At least, that’s my attempt at a summary, why not watch the video and let us know what you think?

What do you think? A coherent and engaging back story? Or just window dressing to allow ‘chaos elves’ into the game?

The Fall of the Eldar: Dark Eldar video 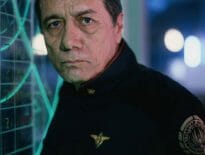