If, like this geek, you watch British TV then you may have seen the new Currys and PC World ad that features the always cute R2-D2 and C-3PO.

If C-3PO sounds an awful lot like the “original” C-3PO then that’s because it is. It’s Anthony Daniels doing the voice.

The ad features a website called Your Megastores so I took a look and found this Star Wars themed micro-site. The link to their YouTube page says “The droids adventure continues” so perhaps we’ll have more Star Wars themed ads in the run up to Christmas.

I wanted to take a look through both the Currys and PC World website to see if the actually sold anything Star Wars related (both are general electric shops; with PC having that clear PC bias).

I found one product. The Clone Wars Blu-Ray which you can buy from currys here and PC World here. It’s the same price.

I am a fellow geek and love Star Wars! Well, loved it. Now I just get angry at watching Lucas ring every last penny out of it. What a shame. I did a silly wee video in response to this ad if you want a look: http://bit.ly/cWFy1R 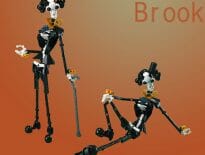 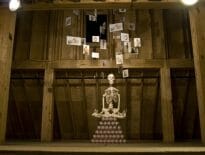