You are here: Home / Books / The Cabin in the Woods novel review

“Five Friends Go To A Remote Cabin In The Woods. Bad Things Happen. If You Think You Know The Story, Think Again.”

The Cabin In The Woods is the official movie novelisation of the self-named film. The film was directed by Joss Whedon, of Buffy the Vampire Slayer and The Avengers fame in partnership with Drew Goddard, writer of Cloverfield. The book is written by Tim Lebbon, the New York Times bestselling author of the movie novelisation of 30 Days of Night. As such there was some impressive pedigree involved in this.

I have to admit, I did not catch the film, and I would not normally read a movie novelisation. No reason for this, I just don’t end up doing it. Reading The Cabin In The Woods, I was pleasantly surprised. I’ll hold my hand up here. I managed to read three chapters before caving in, and checking out Rotten Tomatoes and seeing how the film was received. Well, as it turns out, in fact it was a 92% on the Tomatometer. I also stumbled upon a few movie posters for the film, which appealed to my sense of humour and indeed hinted that this book knew its subject matter well and was approaching the topic with a sense of humour as well: 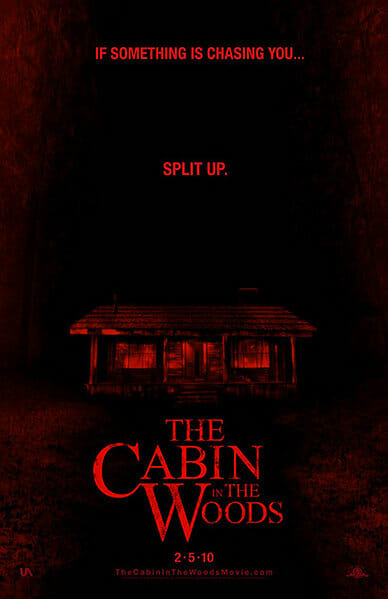 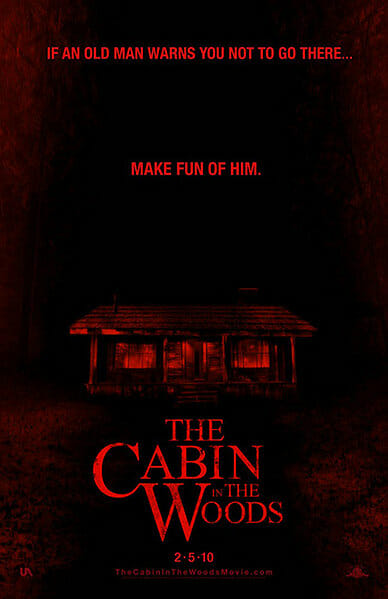 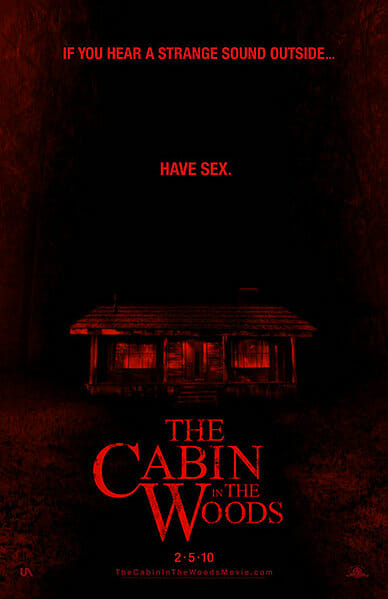 The Cabin In The Woods is a well-written and well-paced novel. I can’t compare it to the movie (which I did not see), but I did, in summary enjoy it. Why? Well, despite the claim that “If You Think You Know The Story, Think Again”, actually we all know that these friends won’t be uploading new pics to FaceBook at the end of the weekend. It’s just a matter of who, where, and why (perhaps). As I felt that part of the enjoyment came from the guessing and anticipation; I don’t want to talk about the specifics. Will it be a masked mad man, a werewolf, zombies, religious cult, aliens, merfolk, or a government testing zone and huge international conspiracy? Well I won’t be saying, and of course the genre offers much more to choose from than that list. What will it be…

What is here is the usual obligatory cast of “college kids”. We have the good-looking buxom blonde, the athletic Jock, the intellectual, the stoned one, and the chaste (somewhat) heroine. Who survives, place your bets now! But of course, the author/writers fully embraces the cliché and happily play along with it.

Certainly grisly in places, the Cabin In The Woods maintains its sense of humour throughout, and does indeed manage to throw in a few surprises along the way. This might be a slight spoiler, but the Cabin In The Woods does try and aim its sights high and go for a genre explaining explanation as to why this story is not entirely uncommon. This parallel story is introduced early in the book and will follow these events concurrently with those characters in the cabin. Indeed I enjoyed this aspect of the storyline as much as that set in the cabin. There were some good characters here, and some nice exploration on human morality as well. Don’t worry though, nothing to stop the enjoyment, but the writers do want to make you pick up on the whole “free will” angle. Nobody made them go the remote cabin etc. Unfortunately I am not sure if this is actually addressed that well, and a little rammed down your throat at one point. Ok, ok, you are thinking deep here guys, I get it. The only other criticism I have, which of course is not Tim Lebbon’s fault, is that I felt the penultimate plot twist was just a little too much. It was probably very visually effective on screen of course. That being said the conclusion is well suited to the novel and appropriate the feel of the novel.

The Cabin In The Woods proved to be an interesting and amusing read, which did make me want to read it to its conclusion quickly. Whether or not the friends make it back to work on Monday or not, I wont say. Still, for the rest of us, life goes on.

A copy of the book provided for the review. The Cabin In The Woods; £6.99, Titan Books. Post by guest reviewer Dave.

The Cabin in the Woods novel review 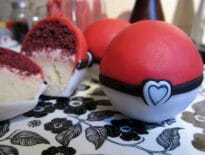 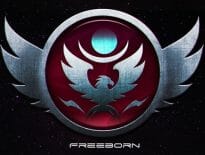