You are here: Home / Books / Night of the Living Trekkies 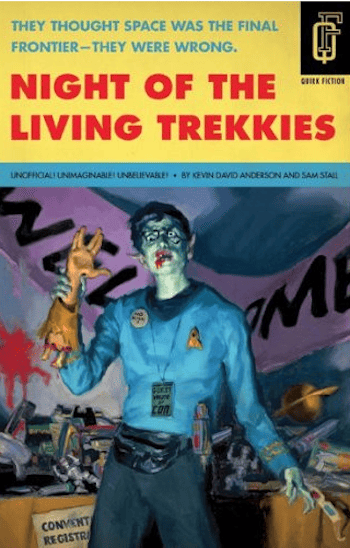 Yup. That’s right. They get even more cunning when it comes to the undead mashups. We’ve had Pride and Prejudice and Zombies, Android Karenina, Abraham Lincoln: Vampire Hunter and even Paul is Undead that features the Beatles as zombies.

Where can we go from their?

The clever publishers (not to mention author Kevin David Anderson and author Sam Stall – plus agents) at Quirk have boldly gone where no mashup publisher has gone before. That’s right; we have Star Trek meets Zombies.

We have Night of the Living Trekkies.

And what’s not to like about it? We’ve gold brave Klingons, logical Vulcans and plucky humans in a battle against the undead. I can hear the Left 4 Dead mods being written even as you read this.

I can only imagine this will make conventions far more fun for years to come. In fact, zombie larps should become standard practise. The challenge would be two-fold;

1) Getting anyone to wear the red shirt.

2) Persuading anyone to be the scantily clad green-skinned girl.

Night of the Living Trekkies 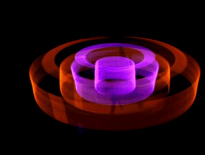