Where are you with virtual tabletops versus meat space and battle maps? Coping with a growing miniatures collection alongside the dice?

Artist and gamer Darryl Jones’ Kickstarter for a cheaper alternative to plastic minis and more robust than paper has shot through $150,000 on Kickstarter. Jones is offering Acrylic Creature Tokens.

The minis here are top-down illustrations on durable plastic so you can see through to the battle map below. You can pack them flat and put them away.

At launch, the Kickstarter promised a range of critters;

There are different sizes;

Super Gargantuan? Well, the Tarrasque has been unlocked.

A pledge of $26 is enough to unlock a physical thank you, and that’s 2 sets of acrylic tokens of your choice. Shipping is added later, but the campaign is taking on “Anywhere in the world” logistics.

After this, economies of scale kick in, and the tiers look like this;

However, you may want more than just one token for common creatures, and so the tiers climb higher.

At the time of writing, nearly two dozen backers have gone for that top level.

Darryl Jones estimated delivery for November 2023, but things may take a little longer with this success. 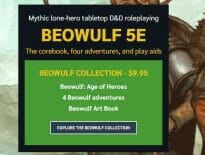 Tabletop & RPGs One GM and one player RPG: Beowulf – Age of … 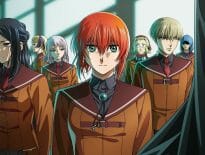 Anime Not dead yet: The Ancient Magus’ Bride gets …
wpDiscuzComment Author Info
Manage Cookie Consent
This site uses cookies 🍪, and links are ads that may earn bloggers some money 💰, and with this alert, I very much hope that these dark truths 🧌 are acknowledged.
Manage options Manage services Manage vendors Read more about these purposes
Preferences
{title} {title} {title}
Loading Comments...