You are here: Home / TV / Anime / Not dead yet: The Ancient Magus’ Bride gets a season 2 trailer

The Ancient Magus Bride is an anime of the sombre fantasy manga by Kore Yamazaki in which a young girl is sold at a slave auction. She’s bought by a skull headed monster who desires to take her as his wife.

Sound grim? It looks like Chise has another evil challenge ahead in season two – school.

As we can see in the trailer, there is a host of new characters. The show is due out in Japan in April and was previously broadcast by Crunchyroll at the same time. It’s Crunchyroll who describes the first series;

Hatori Chise has lived a life full of neglect and abuse, devoid of anything resembling love. Far from the warmth of family, she has had her share of troubles and pitfalls. Just when all hope seems lost, a fateful encounter awaits her. When a man with the head of a beast, wielding strange powers, obtains her through a slave auction, Chise’s life will never be the same again.

The man is a “magus,”a sorcerer of great power, who decides to free Chise from the bonds of captivity. The magus then makes a bold statement: Chise will become his apprentice–and his bride!

Crunchyroll has global rights again, well, excluding Asia. There’s been some OAD projects for the popular series, such as The Ancient Magus’ Bride – The Boy from the West and the Knight of the Blue Storm and Kazuaki Terasawa returns from directing that to direct season two.

Season two, which is the Gakuin/College arc of the manga, is described by Crunchyroll as;

Chise was able to accept Elias and herself, if not necessarily everything about her situation. After Cartaphilus fell back into a slumber that would not last forever, Chise was able to go back to her regular life. Then she receives an invitation from a mutual aid organization for mages called the College.

Under the British Library exists a secret society of mages. Encounters and interactions with people are about to open some new doors. This is a story about saving yourself to save another.

Not dead yet: The Ancient Magus’ Bride gets a season 2 trailer 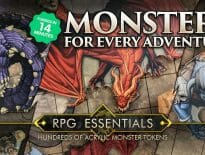 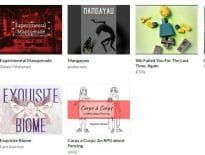