You are here: Home / TV / Anime / ODD TAXI: In the Woods to tie up loose ends

ODD TAXI was a strange but engaging anime about a walrus taxi driver who gets caught up in a murder mystery due to his passengers.

There’s quite a twist, and you might wonder how a movie could follow on or even be a prequel. As it happens, ODDTAXI: In the Woods is a compilation of the series which extends just a bit to tie up loose ends.

That’s the latest teaser. It’s a clever trailer, too, as it stars some key characters who explain the situations. At least, without any English subtitles, that’s what I’m told they’re doing and believe it. As Odd Taxi itself explores, it’s peculiar what people believe.

Odd TAXI: In the Woods hits theatres in Japan on April 1st. It’s due to stream on Crunchyroll later.

Crunchyroll, who had the show before the Funimation merger, describe the main series;

ODD TAXI: In the Woods to tie up loose ends 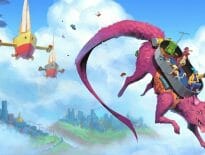 Tabletop & RPGs Between Clouds: Biopunk RPG about life on board a … 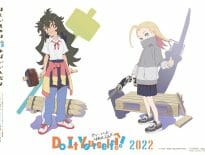