You are here: Home / TV / Anime / Summoned to Another World…Again?! (don’t you hate it when that happens?)

The isekai anime is called “Summoned to Another World…Again?!” I suspect the title speaks to the synopsis very clearly!

Announced two years ago, the anime is based off light novel series by Kazuha Kishimoto and Shimahara.

A company called Coolmic publishes the English version of the manga and they describe it as;

There was once a hero who was summoned to another world, and he saved that world. However, the man was caught in a “trap” and was forcibly returned to his original world. On top of that, he had to start over as a baby… This is the story of a crazy journey in another world where a former hero who was reincarnated into a slightly gloomy high school student is “resummoned” back to that same world! There’s a lot of room to work with when it’s the second time, huh♪

Motoki Nakanishi will direct the TV anime, which is being produced by Studio Elle. The series is set to premiere in Japan in the spring of 2023.

Summoned to Another World…Again?! (don’t you hate it when that happens?) 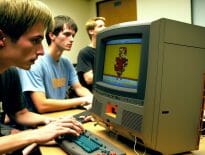 Cool Tech Gaming and Education: How Video Games are Being Us… 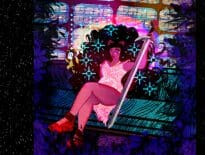