Goblin Slayer is a controversial anime that begins with scenes of sexual violence. There’s no sign of that in the trailer for season two of the anime.

Liden Films is at the helm, and Kumo Kagyu’s manga will return to the small screen this year.

The director of the first season, Takaharu Ozaki, when the anime was at White Fox, is now chief director. Misato Takada will be the director. Make of that what you will.

The cast turns, which means that Yuichiro Umehara (Eugene Seven Stark in Iron-Blooded Orphans) is the titular Goblin Slayer and Yui Ogura (Katase in High School DxD) is the Priestess.

Despite the violence, Crunchyroll streamed the first series of Goblin Slayer. 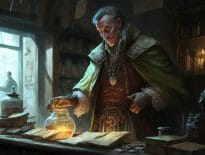 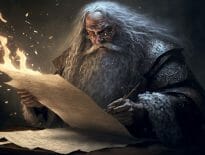 Tabletop & RPGs OGL architect: Hasbro does not have the power to d…
wpDiscuzComment Author Info
Manage Cookie Consent
This site uses cookies 🍪, and links are ads that may earn bloggers some money 💰, and with this alert, I very much hope that these dark truths 🧌 are acknowledged.
Manage options Manage services Manage vendors Read more about these purposes
Preferences
{title} {title} {title}
Loading Comments...