You are here: Home / Games / PC / Hellboy Web Of Wyrd is a computer game collab with Mike Mignola

Good Shepherd Entertainment and Dark Horse worked together and in collaboration with Mike Mignola on the roguelite computer game Hellboy Web Of Wyrd.

The game is wishlistable on Steam but isn’t out yet. PlayStation 4, 5, Xbox XIS, One, Nintendo Switch and PC versions are being developed.

Adapting the Hellboy comics to a game is a dream project for all of us. The opportunity to create something authentic — that’s something we take very seriously. Our partnership with Mike Mignola and the creative team at Dark Horse has been inspiring. The support and trust they’ve given us has allowed Upstream Arcade to bring their vision to life. Hellboy Web of Wyrd is a bold new work we are excited to share with fans of the comics and action-adventure games alike.”

What is a roguelite computer game?

A roguelike is a computer game characterized by its use of randomly-generated levels, turn-based gameplay, and permanent death of the player character. The term “roguelike” comes from the 1980 computer game Rogue, which is widely considered to be the first game in this genre. A “roguelite” game is similar to Rouge but often has less emphasis on randomization and permanent death and may include other features such as upgrades or unlockable characters.

Mike Mignola has created a hero and world unique in comics, and this game gives fans a new way to share in his supernatural adventures.”

The Xbox trailer, which is embedded above, notes;

Like the comics, the game sends Hellboy on a series of vastly different and wholly unique adventures. While those stories stand on their own, they are all tied to the mysterious legacy of The Butterfly House. When an agent of the B.P.R.D. is sent on a reconnaissance mission to the mansion and promptly goes missing. It’s up to you – Hellboy – and your team of Bureau agents to find your missing colleague and uncover the secrets of The Butterfly House. 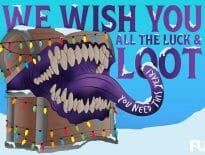 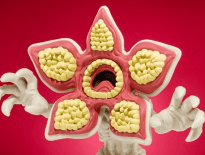 Geek Stuff A pet-sized Stranger Things Demogorgon for your bo…
wpDiscuzComment Author Info
Manage Cookie Consent
This site uses cookies 🍪, and links are ads that may earn bloggers some money 💰, and with this alert, I very much hope that these dark truths 🧌 are acknowledged.
Manage options Manage services Manage vendors Read more about these purposes
Preferences
{title} {title} {title}
Loading Comments...