Yes, there’s Krampus, but Creepy Christmas Creatures looks into Europe’s myths of macabre months and writes them up for us. There’s an early bird on now for a bonus sticker or postcard, so you can send a Yule Cat to someone! You can see the progress of the newly launched campaign on the pitch page.

There’s an RPG connection here, but Creepy Christmas Creatures is a book of illustrations and background on the monsters. We’re warned, in fact, that it might not be suitable for young readers.

I think any GM could use the book as inspiration, tough.

What’s in the book? There’s a Google Drive free to download sample.

The creepy monsters are not a secret. Here’s the complete list.

An ebook is earmarked as a thank-you for backers who pledge $15 or more.

The hardback will be given, with shipping costs to be paid, at the $40 level. Backers with $45 to donate get both.

There’s a retailer tier at $75, and at $100, backers get both, lots of stickers, postcards and a bonus (but secret) PDF.

Creepy Christmas Creatures isn’t due this Christmas; if all goes well, it’ll be shipping for Christmas next year. 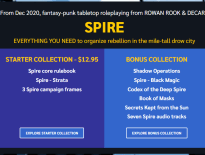 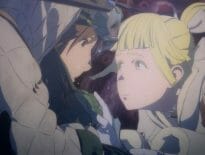 Anime Vertigo-inducing Kaina of the Great Snow Sea revea…
wpDiscuzComment Author Info
Manage Cookie Consent
This site uses cookies 🍪, and links are ads that may earn bloggers some money 💰, and with this alert, I very much hope that these dark truths 🧌 are acknowledged.
Manage options Manage services Manage vendors Read more about these purposes
Preferences
{title} {title} {title}
Loading Comments...