I don’t understand a word of Japanese, so when I watch the Dark Gathering trailer, I first see a happy couple.

Then a skull-eyed little girl arrives. Cute but deadly, this girl turns out to be some blade-wielding killer. See for yourself.

We’ve actually had an earlier trailer for Dark Gathering but it is hard to link the two together given the styles. Both are spooky, but the latest has violence.

The story starts with Keitaro, who has the unfortunate ability to attract spirits. Despite this gift/curse, Keitaro tries to have an everyday life as a tutor, but that goes wrong when Yayoi, a student, gets him involved in looking for the spirit which took her mother.

Studio OLM, who make ODDTAXI, are behind the project with TONIKAWA: Over The Moon For You’s Hiroshi Ikehata directing. It’s based on the 2019 manga by Kenichi Kondo.

Dark Gathering is slated for a 2023 broadcast. 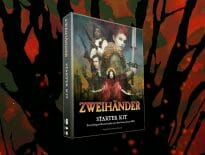 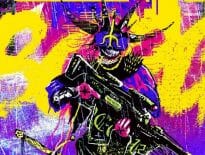