Sean Owen Roberson is a new business partner at Palladium Books and the new Creative Director. He’s not new to RIFTS, though, having worked on the range before.

Titan Robotics is a Kickstarter for RIFTS, a supplement that features the NPC Archie for androids and weapons and a new PC race. Palladium asked for $25,000 to fund the project and easily hit that goal. You can back the campaign or find out more from the project page.

There are 30 real-life years of lore collected into this project with new material. The Titan Robotics mystery is revealed, new models to test drive, and Titan Robotics Courier Teams to join.

There are also syntharoids to play, sentient human replica androids, which have a support network hidden throughout the wilds of North America.

In addition to the Titan Robotics book, there’s also the Cyberworks Collection book, in which we have a compilation of ARCHIE, Cyberworks, Shemarrians, the Mechanoids and other content.

ARCHIE and Hagan’s hidden machinations to monitor and manipulate the world continue at break-neck speed as the fate of the Earth hangs in the balance. Their surrogate son, Titan CEO Argent Goodson, furthers their objectives and is joined by a growing cast of valuable allies – some old and many new. Learn their schemes and plans for the future. Will you help them, or work against them?

The Titan Robotics softcover is added, with worldwide shipping offered at the $35 tier.

At $60, it’s the digital all-in, which means the Titan Robotics PDF and the Cyberworks collection.

The core print tier is $80, which includes the PDFs, keeps the Titan Robotics book in softcover and adds in that compilation of Cyberworks as a hardcover.

Palladium estimate June 2023 as the delivery date for the project. 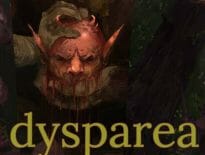 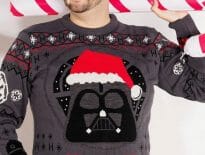