Andrew Eagle has released a free-to-download primer of Dysparea: A Shattered World.

The primer has an unusual but effective layout of mainly, but not exclusively, landscape pages in a single column. There are some single portrait pages, though.

There was the Age of Divinity. It lasted for generations. Whatever came before is lost to memory. During the Age of Divinity gods walked among us. There were countless gods. Gods of story, of dream, of storm, of blood and love and language. Some were indescribable, others were themselves descriptions of something else. Some were mountains, others were oceans, and some were sound.

Then, there was the Age of Breaking. This was the Shattering, when the gods died and went mad, sometimes in that order. They shattered mountains, scattered continents, turned cities to rubble and ash. They killed at least one of the moons. They rewrote the surface of the world. Nobody really knows how long the Shattering lasted. Longer than a few decades, not as much as a century. Then it ended.

They found a new magic, The Roil, That Which is the Death of Gods; they found demons, gods which refused to die; and they found monsters, animals consumed or mutated by The Roil.

The Roil is a hungry magic with a consciousness, or at least motivation, of its own. It twists and connives. Some who wield The Roil do so with scientific precision, seeking to minimize its influence over their workings through the use of ritual and concentrated binding. Others wield it with passionate abandon, allowing it to flow freely beyond their initial direction. Regardless of their philosophy, all who weave The Roil eventually show its signs.

There are no mechanics in the primer or game, and the setting is suitable for any system. The primer is Eagle’s first upload to DriveThruRPG; the complete setting isn’t yet available. 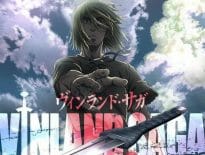 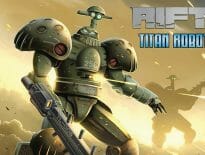