Expect goblins but take heed that the target has nearly been hit, with 20 days to go, and some tiers are selling out. There have been over 100 backers, and you can see progress on the pitch page.

Jennifer runs Savagesparrow Studios, which is an online store with some cool geeky merch.

There are dresses, t-shirts, pins and other goodies in the campaign and add-ons managed by the Kickstarter platform so you can mix and match.

Whether you’re looking for something femme and flirty to wear on your way to a Pathfinder Society event, a fun shirt to show off your love for the game while out and about, or a comfy hoodie to keep you warm when your GM dumps your party into some epic dungeon–our line of apparel and accessories has you covered!

You can support the indie creator by telling friends about the campaign, and if you’ve any money, $1 buys you into the updates.

It takes $3 to access the add-ons and secure a Kit and Kaboomle sticker.

An enamel pin, which has worldwide but not UK shipping (to be added later), joins that look pile at $12.

Yes, sorry to say, bloomin’ Brexit strikes again. I’m fairly confident I’d be backing this campaign to get a t-shirt and pin, but instead, I’ll have to bookmark the indie store and check later.

The estimated delivery date changes quite a lot; the dress is expected some four months ahead of the hoodie. 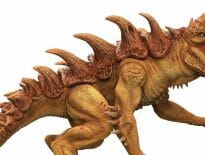 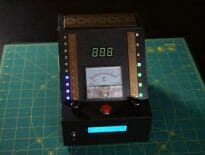