You are here: Home / TV / Anime / The future is friendly robots: A review of the Break of Dawn anime

I got it terribly wrong and in a facepalm way for Geek Native’s earlier coverage of Break of Dawn.

I worked with public synopsis of the near-future sci-fi and came up with titles like Incoming death and kids on bikes for the trailers.

There’s no incoming death, and there are barely any bikes, but there are kids.

The anime is set in the near future, around 27 years from 2022 when a named comet is due to pass by the planet. There’s no suggestion of it hitting Earth, despite what’s been previously written up.

But there is Yuuma Sawatari, who is a space-loving teen. Yuuma is working through some anger issues with his smart household bot – known as an AutoBot, presumably to windup Transformers fans. The bot, aka Nanako, will be many people’s favourite character.

The AutoBot is adorable, small, flies and has floating hands. It looks out of place in a world which is otherwise technologically almost identical to our own. A theme in Break of Dawn is absolutely how three decades change things (or doesn’t) and what becomes obsolete in that time.

A background plot that becomes more critical as the feature-length progresses is that the estate in which Yuuma lives is being pulled down to be replaced by something new.

The plot is straightforward. The kids find a friendly spaceship that needs help to launch and fly back into space.

The route taken to get there is what’s important. We deal with bullying, sibling issues and with parents. Or, if you emote more closely with the parents, this is an anime about bringing up kids.

Break of Dawn look and feel

It’s a clean anime in terms of look and feels, and message. It’s designed to look like our world, despite being a little in the future. I’m sure director Tomoyuki Kurokawa wants the audience to see themselves in at least one of the cast.

I emoted most with the robot Nanako, which is pause for reflection!

The animation is, therefore, realistic. However, it’s gorgeous at times, and I wasn’t entirely wrong when I described one trailer as surreal kids on bikes. There is both that wholesome adventure through pedal power vibe, and there’s absolutely a surreal scene or two.

The message is about taking responsibility and growing up. Yes, with technology, but also as people too.

Despite the science involved and the promise of AI-smart household bots, I’ll use the word’ straightforward’ again. Break of Dawn is straightforward; you’ll be able to follow.

And I think you’ll enjoy the ride. It won’t blow you away, but it’s safe and solid.

I won’t watch Break of Dawn again, but glad I caught it on the big screen at Scotland Loves Anime.

The future is friendly robots: A review of the Break of Dawn anime 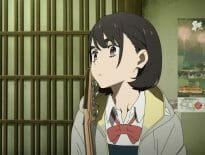 Anime Friendship is magical: A review of Her Blue Sky an… 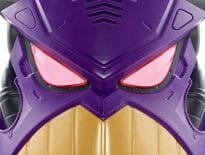