You are here: Home / Games / Tabletop & RPGs / StokerVerse: Roleplay in the dark world of Dracula

Nightfall, the SLA and Terminator RPG publishers, bought the rights to the StokerVerse universe RPG last year. It’s the work of Chris McAuley and Dacre Stoker, the great grand-nephew of Bram and the RPG quickstart has been out since March.

The Kickstarter for the complete RPG launched yesterday and is already through the funding goal. I suspect Nightfall will be getting my money too. You can see what’s on offer or pledge from the project page.

On offer is an S5S-powered game with

GMs with the book can create their campaigns or one-shots and NPCs. Characters can be pre-genned, linked to the fiction, or entirely original.

You don’t need a ‘core S5S’ rule book; the d10-rule system is described fully and tailored to suit this setting combat, investigation and occult.

In ‘StokerVerse Roleplaying Game’, you play all manner of person from many different walks of life. You might be an assistant vampire hunter, local bobby, a member of the gentry, clergy, or a medical professional. You might be a commoner who has seen too much or a psychic who sees too far…the choice is yours. Your rag-tag band of investigators must work together to uncover the true evils of the world, and using your skills, status, or secrets, thwart the agents of darkness from succeeding at their vile plan.

You can support the campaign by telling friends, and at £12, backers are thanked with a copy of the PDF. A pledge manager is coming too, with the chance for adding things later, and Nightfall points out that this £12 doesn’t cover the shipping of anything physical you might add. That the publisher has had to say that is a moment of reflection!

Backers with £40 to support will get the PDF and the physical book with appropriate stretch goals.

Nightfall estimate March 2023 for delivery, but also note that new tiers will be added now that the campaign has hit the funding goal.

StokerVerse: Roleplay in the dark world of Dracula 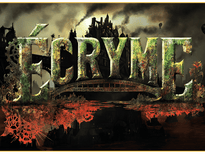 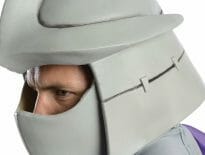