Open Sesame Games’ post-apocalyptic steampunk tabletop RPG did well with the initial French version, a crowdfunding campaign picking up over 600 backers and nearly €100,000 in funds.

The English version is coming to Kickstarter before the end of the year.

The Starter Set is out now and free, but it’s one of those deals where you need to subscribe to a newsletter to unlock the PDF.

Ecryme is a supernatural game of political and social struggle. It’s a post-apocalyptic steampunk with three books and some expansions already. First published in 2016, Open Sesame say that they’re now adapting the game for an American audience, and I wonder what that means beyond the language. American creators are working on the project.

The Starter Set, should you decide to pass through the newsletter subscription wall, contains a summary of the Ecryme universe, the basic rules for the game, pre-genned characters and an introductory scenario.

The art by Emile Denis, looks impressive. The download is 32 pages long, and here’s a snippet of the introduction.

Our world is covered with ecryme, an acid sea turning even the slightest misstep into a death sentence. People have had to adapt to this omnipresent danger. It has become part of our daily lives and we have accepted it. We do not even think about it anymore. Life is hard enough without making more enemies. The diseases brought by the overcrowding, the hunger, the inhumane labor conditions, the robbers’ ghilds lurking in the shadows, the traverser terrorists trying to cut us from the technological advancements of the Lodges… and above all else, the lack of resources.

These things kill more than the ecryme itself.

The metropolites have to lie to us, as it’s the only way we can bear with it all.

There are some renegade thinkers who complain. They believe we see the world through a distorting glass, like through a porthole, or that the truth is hidden from us by the thick smoke of the factories.

They mock our bourgeois sense of morality. The truth… Well, my truth at least, is that I am thankful our government is protecting us from fully realizing what a sad, decrepit world we live in.

Intriguingly, Open Sesame invokes the name of Carl Jung in their game description. The Swiss psychologist argued that libido was not just a sexual but generalised psychic energy, that unconscious thought was the interplay of separate but interwoven ego, personal and collective unconscious.

This latter belief, the collective unconscious, makes Jung a controversial academic and suggests shared memories from an ancestral past. But I’m summarising stuff I barely understand.

As you start to discover the secrets of Ecryme, we will be preparing your arrival in this corrosive, steamy, Jungian-punk universe… 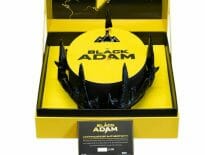 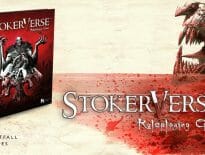