Interestingly, Aniplex has a new take on Nobuhiro Watsuki’s Rurouni Kenshin manga, and it’s due next year.

There’s quite a controversy around the suspension of the manga back in 2017, though.

During the violent era known as the Bakumatsu, there was an Ishin assassin known only as the Hitokiri Battousai, whose skill and brutality became near legendary in the age of Restoration he helped to build. However, as the time of fighting drew to a close, he vanished without a trace, only to resurface eleven years later as a wandering swordsman, Himura Kenshin. Now staying at a kenjutsu dojo maintained by a fiery-tempered woman named Kamiya Kaoru, and surrounded by newfound friends like the streetfighter Sagara Sanosuke, ex-samurai’s son Myoujin Yahiko, and the shrewd doctor Takani Megumi, he seeks to carry out his vow to protect the weak without killing in order to atone for the lives he’s taken. It’s not long, though, before this vow is put to the test, and the shadows of his past return to haunt him and everyone he holds dear.

Nobuhiro Watsuki and Kaoru Kurosaki launched Rurouni Kenshin: Hokkaido Arc in Shueisha’s Jump SQ. magazine in September 2017. The manga went on pause after Watsuki was accused of having indecent images. The series restarted in June 2018, and Shueisha released volume 7 of the manga on May 2.

After the manga went on pause in 2017, Viz Media discontinued publishing it in English.

In 1994, Watsuki debuted his 28-volume Rurouni Kenshin manga in Weekly Shonen Jump. The manga has 72 million copies worldwide. Kenshin Himura, a ruthless assassin during the Meiji Restoration, is striving to start a new life.

The manga has been adapted many times as a 95-episode TV anime series, an anime feature, three original video animation projects, five live-action films, and a stage musical by Takarazuka Revue. 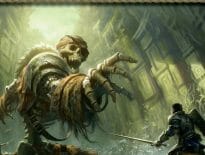 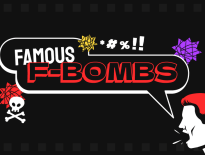