In a tweet signed “Department of Expectation Management”, Paizo has said there are no plans for any more Pathfinder or Starfinder one-shot adventures.

One-shot adventures are those intended to be quick, perhaps one evening of play, context light dramas. In contrast, campaigns are a series of scenarios linked with an overarching narrative.

Paizo’s current Pathfinder one-shots include Sundered Waves, Dinner at Lionlodge, Head Shot the Rot and Mark of the Mantis. The Starfinder range is Band on the Run, The Great Grav Train Robbery, System Takedown and Before the Storm.

The one-shots that Paizo had been dabbling in and now have discontinued were an experiment in generic virtual tabletop play. As Paizo has stronger ties with the VTT platforms, they’ve more content and better processes for getting their main adventure content into those libraries. As a result, the need for specialised standalone content reduces. 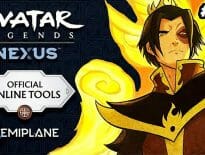 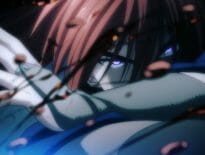 Anime Check out the new Rurouni Kenshin TV anime trailer…
wpDiscuzComment Author Info
Manage Cookie Consent
This site uses cookies 🍪, and links are ads that may earn bloggers some money 💰, and with this alert, I very much hope that these dark truths 🧌 are acknowledged.
Manage options Manage services Manage vendors Read more about these purposes
Preferences
{title} {title} {title}