Nine Heavens Press describe themselves as a mostly Korean diaspora and Asian creators in the United States and abroad designing RPG and supplements.

Undying Corruption is a 5e adventure book (levels 1-17) based on Korean folklore that takes place in Danguk, a fictional country based on Korea where gods and spirits coexisted with mortals. You can find out more or pledge on Kickstarter.

The book will include new races such as the Lunamorph, moon rabbits, and Sangun, tigerfolk with the ability to transform thanks to divine power bestowed by their ancestor, Honyeo, the Primordial Tiger, as well as at least three subclasses such as the “Jeoseung Saja Patron” Warlock, “Oath of Mystics” Paladin, and “Emissary of Paradise” Ranger. New monsters based on Korean mythology will be introduced.

There are several free to download samples and previews available from Nine Heavens Press’ Itch.

Mudang, or priests of Korean shamanism, a 3000-year-old religion, are significantly featured in the 5e supplement. They communicate with gods and spirits, interfere in men’s affairs, and exorcise evil wraiths.

Players will take on the role of Mudang as they investigate mystical activities ravaging the countryside and uncover a terrible conspiracy buried in the country’s centre.

If funded, the 5e supplement will offer;

You can support the Kickstarter by sharing it on social media, and if you find just $1 to pledge now, that’s enough to get you add-on access for later.

Stepping up to $30 is enough for backers to get the PDF of the book as a reward.

Then, at $60, there’s a hardcover with the standard edition cover added to the rewards.

As you’ll have foreseen, a standard edition cover means a limited edition, and that’s available at $80.

However, there are higher tiers. $130 gets the standard edition and pin badges, while the leap up to $250 gives two tiers to pick from and more stickers, posters and art assets.

This looks so cool! Nice to see more diverse supplements coming out. 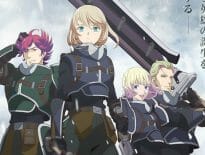 Anime The Legend of Heroes: Trails of Cold Steel Norther… 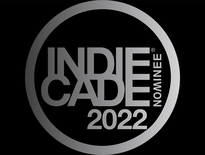