You are here: Home / Games / Tabletop & RPGs / Historica Arcanum: Empires of the Silk Road surges through $100,000 as gamers scoop up an alternative history setting

From Istanbul-based Metis Media, the 5e setting Historica Arcanum will expand with the Empires of the Silk Road sourcebooks as gamers scoop up its alternative history.

The Kickstarter offers two books, a profession system for 5e, overhauled land travel, and plague mechanics. The campaign is a success, and at the time of writing, there’s still time to join in from the game’s pitch page.

You can download the quickstart PDF of Historica Arcanum: Empires of the Silk Road for free.

In our actual history and from the second century BCE through the mid-15th century, the Silk Road connected Eurasian trade networks. It facilitated commercial, cultural, political, and religious contact between East and West. Silk Routes more appropriately reflect the intricate web of land and sea routes connecting East and Southeast Asia, the Indian subcontinent, Central Asia, the Middle East, East Africa, and Europe.

This campaign featured two sourcebooks, the Empires of the Silk Road guide and the adventure module Herald of Rain. Appropriate to the setting, subclasses and an extensive bestiary is included, with the overhauled rules for diseases and trade.

Historica Arcanum: Empires of the Silk Road also comes with maps, tokens and event decks. The successful campaign will have a dice set (Desert Sky Crystal Shard), a designer GM screen and even a soundtrack.

Empires of the Silk Road, the Setting Guide:

Explore the legendary cities of the Silk Road, from the Necropolis of Samarkand to the House of Wisdom of Baghdad; from the Assassin Stronghold Alamut to the ancient ruins of Babylon. Uncover arcane secrets and discover political conspiracies, mythical creatures and indigenous cultures. With this sourcebook, you’ll get everything you need to explore this legendary region; including maps, creatures, side quests, and relics! Discover new ways to travel across the land using our unique Overhauled Land Travel; and fend off contagions that are more than just inconveniences with the Plague System.

You can support the campaign in the usual ways, offering some cash and banging the drum, but Metis also suggest $3 to get your name in the credits, get the updates and secure $3 in the post-success Pledge Manager. In other words, you can reserve your spot in the first wave.

Alternatively, backers who find $24 will be rewarded with one PDF of their choice. Both books in PDF and the digital versions of the map pack, tokens and encounter decks are there for fans who can pledge $34.

Stepping up to $49 will secure one book in both PDF and hardback, while $89 gets supporters both books in both formats.

There’s a collector’s box set for the impressive tally of $219 (about £189), including the exclusive GM screen, Alchemy RPG access and the physical gameplay package.

Metis estimate the campaign will deliver in August next year.

Historica Arcanum: Empires of the Silk Road surges through $100,000 as gamers scoop up an alternative history setting 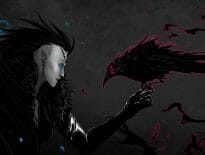 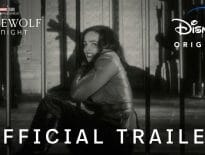