You are here: Home / Games / Tabletop & RPGs / Bastard!! returns for a second dose despite mixed reviews

I have yet to watch an episode, but I’m getting mixed reports on Netflix’s Bastard!! remake. It’s oversexed cheese and whether that’s a good thing or not is down to the viewer, although I think it would have been a brave bet to have predicted anything else.

Despite the mixed reviews, Netflix is pushing on with a second dose of episodes. Slices of metal-meet-fantasy action (14 to 24) hit the platform in September.

Here’s the pitch, fully fleshed out by a large Netflix YouTube description;

Four hundred years since the collapse of modern civilization, the world is dominated by the chaos of swords and sorcery.

The Dark Rebel Army, which plans to resurrect the god of destruction Anthrasax, continues to expand its power in a bid to rule the world, led by the overwhelmingly powerful Four Divine Kings. The Kingdom of Meta-llicana on the Central Metallion Continent is assaulted by the sorcerer-led Dark Rebel Army. In order to save the kingdom, Tia Noto Yoko, daughter of the Great Priest, has a decision to make — she must resurrect the ancient great wizard who once plotted to rule the world, and who is sealed within her childhood friend Lucien Renlen. The only thing that can undo the seal is a virgin’s maiden kiss. Facing imminent danger, Yoko puts her lips on Lucien’s, and in that moment, a dark and powerful energy fills the air. The strongest, wildest, and most beautiful protagonist, the legendary wizard Dark Schneider, is finally revived!

LIDEN Films’ part one hit Netflix in June and follows a six-episode first attempt by AIC in 1992.

The series is based on Kazushi Hagiwara’s manga which ran in Weekly Shonen Jump and then Ultra Jump.

Bastard!! returns for a second dose despite mixed reviews 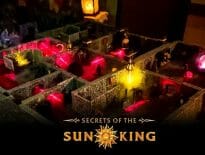 Tabletop & RPGs Secrets of the Sun King: An actual laser-powered 5… 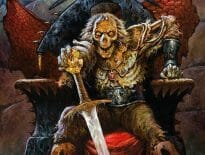