The acclaimed Level Up from EN Publishing, the 5e supplement that introduces advanced rules, is expanding with a successful Kickstarter. Dungeon Delver’s Guild wanted £10, 000 to progress and, with a month still to collect funds, has nearly £90,000 pledged.

The book is a tome to help DMs create and run dungeons while also acting as a sourcebook for players to explore. It’s suitable for standard 5e and ‘A5e’ too. You can join in from the pitch page.

There’s a free download for the introduction (PDF) available through which you can gauge EN Publishing’s quality.

The supplement will have new gears, spells, and despite being underground (or perhaps because of it), new mounts. More predictably, there will be new traps, tricks, puzzles and monsters.

The how-to guides promise to help build underground adventures and a system to help, in addition to pre-made dungeons. Got the Underdark in your setting? Dungeon Delver’s Guide has insight into their Underland of haunted cities and midnights seas which might also be helpful to you.

Underland is a cave network miles beneath the surface of the earth. Although many of Underland’s vast caverns are natural, other galleries and chambers were carved long ago using means beyond any living civilization. In these winding caves and long-abandoned ruins dwell monsters and wonders undreamed of by people who live beneath the sun.

A pledge of £20 will get you the PDF edition of Dungeon Delver’s Guild, but you can support the project with a smaller commitment or through a social media link. Hundreds of backers have gone for this tier.

At £50, the hardcover version is added to the rewards. However, at £70, that becomes the Collector’s Edition. The former has as many backers as the PDF, but the latter still has nearly 100 at the time of writing.

There are higher tiers which add in previous books from EN Publishing from the Level Up: Advanced 5E series, first in PDF and then in print.

EN Publishing says that the expected delivery for the Dungeon Delver’s Guild PDFs is October this year and for print is March next. 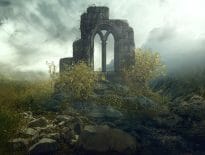 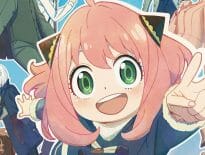