Line of Duty meets Rivers of London in The Generation Killer, a supernatural detective story.

You can win a copy of Adam Simcox’s novel, a sequel to The Dying Squad, from Geek Native. The competition is open for a few more days and for people with a UK mail address.

You can also read on for an extract from the prologue, which Geek Native has as part of a blog tour for the book.

A blog tour is when a whole bunch of us all focus on the name book and coordinate on timing, so if you want to learn more about a crime series in which one of the cops is dead but taking part, there are other sites to visit.

You can even buy the book from Amazon or from Audible. If you’re new to the audiobook site, then you can get 50% off your first three months. Well, in the UK, at least.

Summer had judged Manchester, and had found it wanting.

It bloated its concrete and scorched its roads, constipating its buildings with sweat and fury. Storm clouds squatted overhead, refusing Mancunian pleas to break or leave. Rain was as familiar to Manchester as a kissing cousin, but it had become timorous, reluctant to shower the city in its sopping wet smooches.

On the sixth day, God created MANchester; that was what the locals claimed. Such was the pent-up charge in the city, those locals were beginning to wonder why He had bothered.

Most were, anyway. Others were like Megan, who used the long days and bijou nights as a passport to delve into the city’s nooks and crannies, to document every last cobbled stone and neglected alley. She worked alone and celebrated that fact. Her art didn’t invite collaboration; in fact, it actively discouraged it.

There were exceptions, of course. From time to time, a wandering soul would catch her eye and jolt her muse. That was what had happened on her latest project. It promised to be her most exceptional yet.

The last of the day’s sunshine barged its way into Megan’s flat, but she left the light on anyway. It was always on. Her ragtag collection of foster parents had always chastised her for it, but they’d never had to endure the screaming night terrors that she had. The light stayed on. Always.

She trudged into her bedroom, flopping down onto the bed and letting her eyes wander over the dozens of photographs pinned to the walls. The Lads Club in Salford. The Victoria Baths. Granada Studios.

Manchester Town Hall. The frame of them all just so, an ongoing series that was missing one final location.

‘I can hear you breathing.’

‘Come out then,’ she said, ‘and stop not breathing in the shad-ows.’

A dead boy emerged from next to the wardrobe. Thirteen or thereabouts, he wore an old-fashioned green blazer, grey shorts, a mucky white shirt and a stained black tie. A buzz cut of ginger hair completed the picture.

‘We talked about this, George. You can’t just keep breaking into my flat.’

‘This is important, though.’

‘So are boundaries. You hiding in my bedroom is breaking them.’

‘I was going to wait outside, like you said,’ George replied, ‘but then I found it, and I got too excited.’

Megan subconsciously gripped the camera that bounced against her chest, suspended by a leather strap around the back of her neck. She checked the camera’s shutter count. It read zero, as it should; she’d thrown in a new roll of film just before she’d left the house. Still, if George really had found the arches, it paid to be sure. She didn’t work digitally. Her work relied on a special sort of film that only one developer in the world made. No second chances; you got the shot, or you didn’t.

‘It’s just up here,’ said George, pointing to the canal footpath ahead of them.

The arches were an urban myth, a bauble offered up to hunters of lost Mancunian legends. A few smudgy photos of them nestled on urban explorer websites, most looking as much like derelict toilets as a town hidden beneath a city. That, ultimately, was what the arches were: a suburb of long-abandoned shops, built deep within Manchester’s bowels to service the city’s inhabitants as they hid from Hitler’s bombs in World War II.

Certainly if anyone was capable of finding them it was George. It was one of the unsaid things between them; his ability to get anywhere and everywhere was one Megan gently exploited. She consoled herself with the fact that he seemed to love it. It gave him purpose. ‘Keep up,’ he called as he reached the pathway, beckoning her with an insistent hand.

Night had settled but had neglected to tell the temperature, which sweltered stubbornly, licking Megan’s back like you would a stamp. There was something in the air that she didn’t like. It felt spiteful, like it was laughing at her.

She was close, though. She could feel it.

She scratched at the birthmark on the back of her hand, picking off the fresh scab. She knew she shouldn’t, but it calmed her when nothing else would.

She saw a circular pipe. Mulch was smeared on its lips, darkness draped around its mouth. It didn’t look to be much more than four foot high.

‘You’ve been down there?’ she said.

‘Course. How’d I know it was down there otherwise?’ Megan frowned.
‘You never said anything about a pipe. There’s no other way?’

George shook his head. ‘This is it.’

She nodded, reluctantly shifting on her feet, moving closer to the pipe. A faint red glow came from some undetermined point in its depths. She could fit. She’d need to duck, then crawl, but she’d fit.

‘Hello?’ Her voice was snatched by the tunnel, passed from side to side, losing strength with each hand-off .

‘What are you doing?’ said George.

‘Trying to judge how deep that thing goes.’ Very, by the sound of it. She took another couple of steps closer, steeling herself, wavering.

He pulled himself up, grunting with the eff ort, then turned back to her. ‘You coming?’

Megan gripped the pipe’s upper lip and swung herself up-wards. A blast of cold, dank air greeted her. Normally it would have been a relief from the heat outside, but there was nothing normal about this situation, and certainly no relief. This was what you had to do, though, to get the shot. Any artist of any worth had to suffer for their art at some point.
George stopped, turning around, his head grazing the top of the tunnel. ‘I can’t wait for you to see it.’

Megan nodded, squashed down her fear and began to shuffle into the guts of the pipe.

‘How much further?’ said Megan.

George didn’t reply. Instead he stopped, rising to his full height and putting his hands on his hips. As she reached him, Megan did the same.

The pipe had spat them out into an alcove that looked down upon a cathedral of tiles. It reminded her of a pantomime she’d been taken to as a girl; she’d been treated to a box seat, and she was afforded a similar vantage point here. Instead of a stage, though, there was a metal gurney in the centre of the room. A large hypodermic needle hovered over it. Mucus-infested tiles stretched off in every direction. Water roared in the distance.

He’s behind you; that was what she’d screamed along with the other pantomime-goers.

He wasn’t. No one was. Only the pipe and its selfish darkness.

She frowned. A few feet to her left was some sort of desk. Or control desk, to have it right; it looked ancient, like something out of a comic book. Rust bubbled from its surface, and pools of dank water lay around it.

There was an insignia on it. Megan leaned in to take a closer look.

A cross had been emblazoned on the desk’s base.

A swastika. What the hell is a piece of Nazimachinery doing in a Manchester dungeon?

‘Come over here a second, George.’

‘This isn’t even the best bit,’ said George. ‘I’m sure,’ said Megan, ‘but I want to get a picture of this desk. You’ve been in all the other shots. Can’t break the tradition now.’

George looked over his shoulder, sighed, then reluctantly obeyed, perching himself against the control desk.

He didn’t, but Megan took the picture anyway.

The Generation Killer is out today, published by Gollancz. Still to go on the blog tour are MyBookishLife, The Bibliophile Chronicles and SFBook. 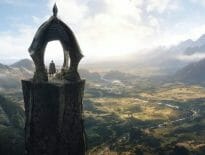 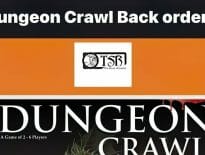