Joel Hines and Silverarm have a Kickstarter success with Secret of the Black Crag. It’s described as an island-hopping sandbox adventure for Old School Essentials.

There’s nearly a month left for the adventure to gather backers, and it’s approaching 500. That’s enough to more than double the target funding goal. You can join in or pledge from the pitch page.

Hines has succeeded with the temple-crawl Abilities Considered Unnatural and the space western Desert Moon of Karth, which got around 1,500 backers each.

However, while Joel is doing the publishing and development in his role as the founder of Silverarm, the Secret of the Black Crag is being written by the talented Chance Dudinack. Dudinack wrote The Black Wyrm of Brandonsford. which is a mithral bestseller with 5/5 star reviews, after over 40, on average at DriveThruRPG.

The successful campaign will produce a ~100 page A5 hardcover with smyth-sewn binding and offset printing. The module will have;

A pledge of $15 is sufficient to unlock a PDF and all digital goals as a reward.

At $35, that thank you loot pile get the smyth-swen hardback added, with worldwide shipping supported.

There’s a deluxe tier at $55 for a double-sided folding map, additional printed material from Hines, an iron-on patch and a community copy for others. The top tier, hover, is $85 for the deluxe edition and physical copies of the other zines.

The estimated delivery on the project is February 2023. 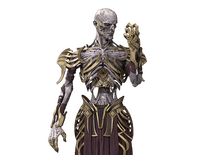 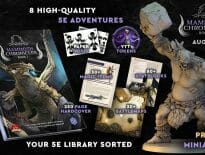