Vecna might turn out not to be the villain in the forthcoming D&D movie, but the lich was the namesake and inspiration for the baddie in Stranger Things.

As undead go, Vecna is currently more fashionable than Dracula, and WizKids has pounced on the chance by launching a collectable statue. It’s due out on the first of January 2023 (because some things are too evil for Christmas?)

WizKid’s model stands at 12″ and carries the Book of Vile Darkness.

Well! I say “carry”, and you might notice that the archlich’s hands are empty, but if you draw your attention to between the horror’s ribs you’ll see the magical tome there.

Vecna is, according to lore, written by Vecna. It takes seven days to read through the demon-boned book, which is actively hostile to good-aligned characters.

Seldom is the name of Vecna spoken except in a hushed voice. Vecna was, in his time, one of the mightiest of all wizards. Through dark magic and conquest, he forged a terrible empire. 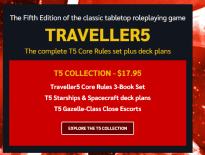 Tabletop & RPGs Traveller5 RPG deal will be over in days 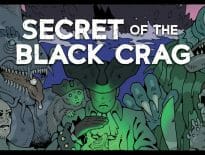